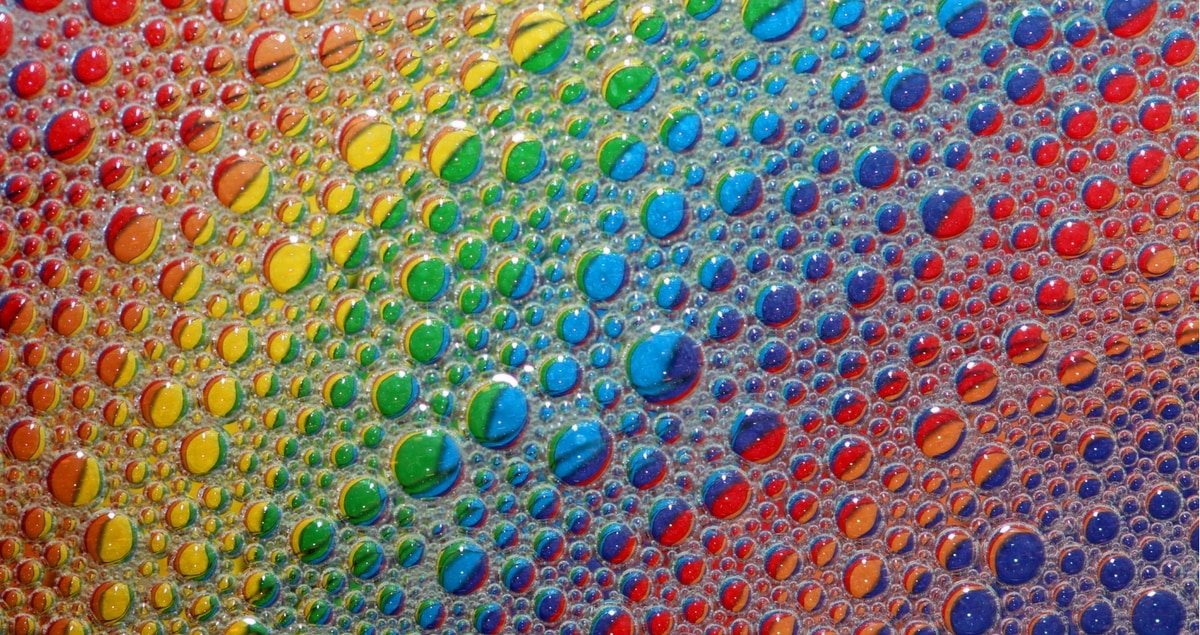 Ok. Let’s be clear – I wholeheartedly appreciate the sentiment behind the phrase. People with autism are individuals. Of course they are individuals. We know, even if there are those who cannot put it into practice, that we should never judge a group of people based on an arbitrary set of criteria.

We should not judge all women – or assume all women react the same in all situations – based solely on the fact that they are women. The same goes for sexuality, race, religion. All over the world, in all walks of life, people have similarities and people are different.

The autistic spectrum is not a linear scale; it is multi-dimensional – a complex continuum of peaks and troughs, strengths and weaknesses, interacting with each other in infinite ways. There are those who are unable, or choose not to communicate through language. There are those who cannot stop speaking, who will talk about their passion or interest indefinitely, with no awareness that their audience has stopped listening. Some of those who do not speak may never be able to live independently. Some are perfectly capable of caring for themselves; they just do not feel compelled to communicate in that way.

I know that the phrase simply seeks to make people visualise the autism spectrum in a more helpful way.

Autism is not a line. It is far more beautiful than that. Sometimes, I feel like even the colour wheel is not an adequate representation. It should be a sphere, with infinite colour blends and 3D space – 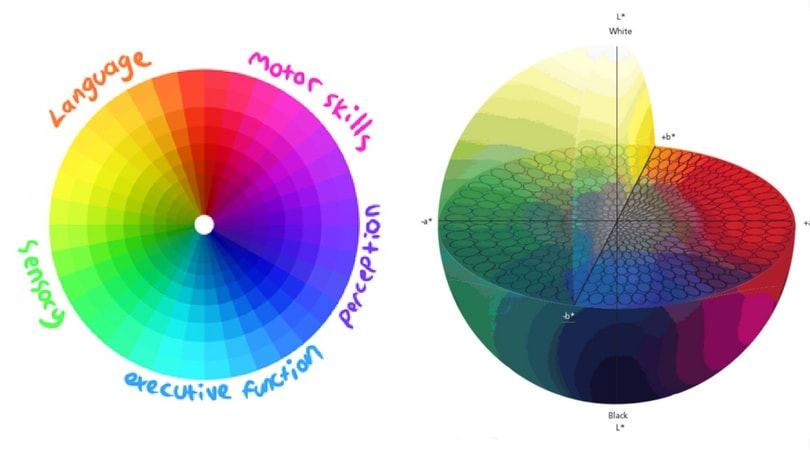 To me, the phrase ‘If you have met one person with autism…’  seems to suggest that the traits of autism are so different and manifest in such different ways that understanding and acceptance are impossible to obtain. It may imply that an average person cannot hope to learn much about autism unless they have had complex interactions with hundreds of individuals.

That is not true. And sometimes I think it can be counter-productive.

Recently, I added this meme to the Someone’s Mum Facebook page. Many of the fans of my page have children with autism, and the meme seemed to resonate with them. It was shared hundreds of times and reached tens of thousands of people. 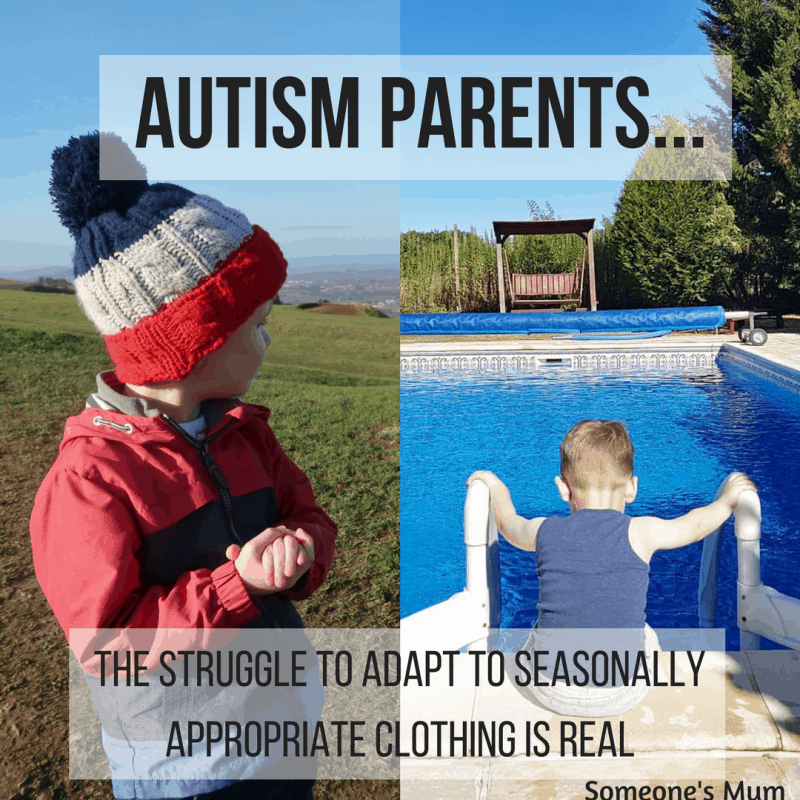 Even though their children are different ages, are on different places in the spectrum, live on different continents – still, there was something that united us. It wasn’t just the parents of children with autism that recognised how their experiences reflected mine either. There were even autistic adults who felt compelled to comment, stating that they struggled with similar issues.

Some people had children who preferred to be naked, even in sub-zero temperatures. Others had children who could not be parted from their hats and coats, even in the peak of summer, like my son. Some could only bear a certain kind of underwear, a certain brand of T-shirt.

Many people with autism have issues with sensory stimulation, meaning that clothing, and some textures, may be very appealing, or abhorrent, to them. Many people on the spectrum have a strong rigidity of thought and struggle to adapt to changes in routine. These two traits are responsible for all the experiences above.

People who have not experienced autism much are often afraid to discuss it, afraid to ask questions. They fear that they will put their foot in it, say something that highlights their ignorance or causes offence. If they hear the phrase ‘If you have met one person with autism…’ regularly, I honestly think it could exacerbate the situation. Imagine two conversations, on the same topic, played out differently:

And that could be the end of the discussion. The person with limited experience goes away none the wiser, feeling like they cannot really be expected to understand.

Mother: “Ahhh yes. There are a few reasons why that might happen. Some children with autism have sensory issues and that means they can either really like the sensation of some clothing or hate it. He really enjoys the feeling of pressure all over him and the coat helps with that and makes him feel safe. Your friend’s daughter may find some clothes do the opposite – she may be supersensitive and find them intensely irritating.”

Friend: “Oh that is really interesting. I did not realise that was the issue that may cause it.”

Mother: “Yes, and of course, those on the spectrum sometimes really struggle to adapt to changes in routines, so it is really hard when the seasons change and the clothes we wear change anyway.”

In which of these situations, is a deeper understanding of autism developed?

But if you are willing to open your mind, to ask questions, to embrace both the similarities and differences of all the individuals around you, whatever race, gender, sexuality, religion or neurotypicality –

Well, you can actually learn quite a lot, even from one person.

The Semantics of Autism
or
The Fight: War cry for an Autism Parent