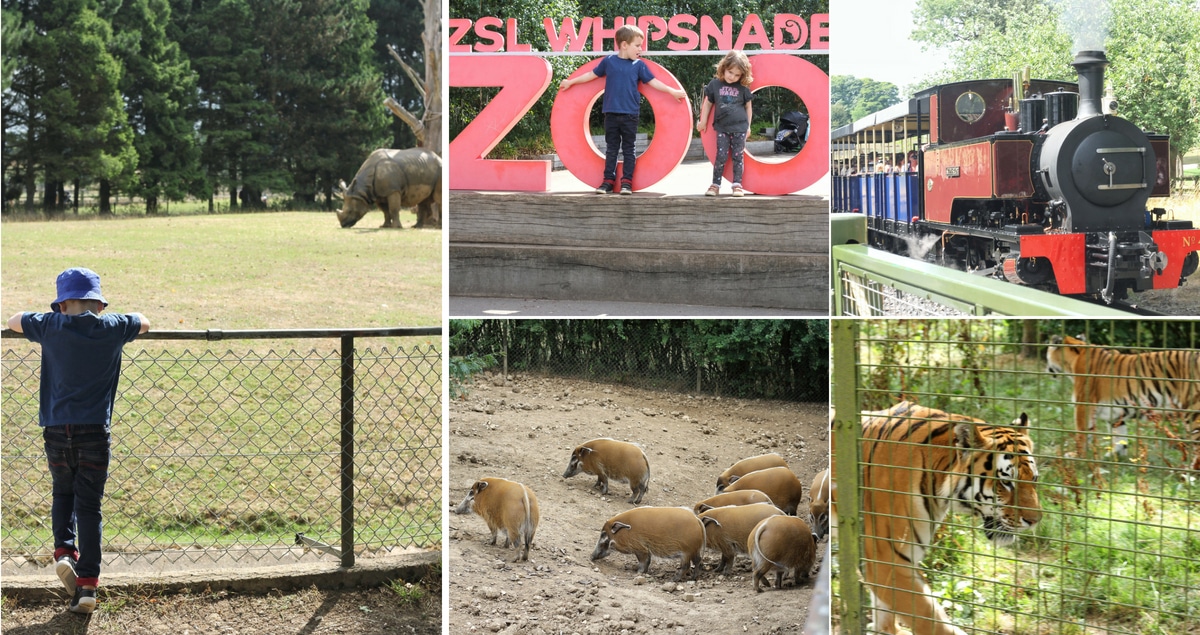 ZSL Whipsnade Zoo is the UK’s largest zoo and one of Europe’s largest wildlife conservation parks. It is home to thousands of animals, many of which are endangered in the wild. Zoos and wildlife parks are usually a big hit with both of my children; Littlest loves animals of all kinds and Biggest loves learning things about the different species and the places they come from. Therefore, when ZSL Whipsnade invited us to visit, we were excited to go, even though it is a little further afield than we would usually go for a day trip.

The park covers around 600 acres. Due to its size, there are options to walk or use the zoo’s bus service, or drive your own car between the various animal enclosures. You can also drive through an ‘Asian’ area where some animals are allowed to roam free around the cars. There is also a train service, the narrow gauge Great Whipsnade Railway, also known as the “Jumbo Express.” Biggest is a huge fan of railways and so he was delighted to see the Jumbo Express making its way around the park. 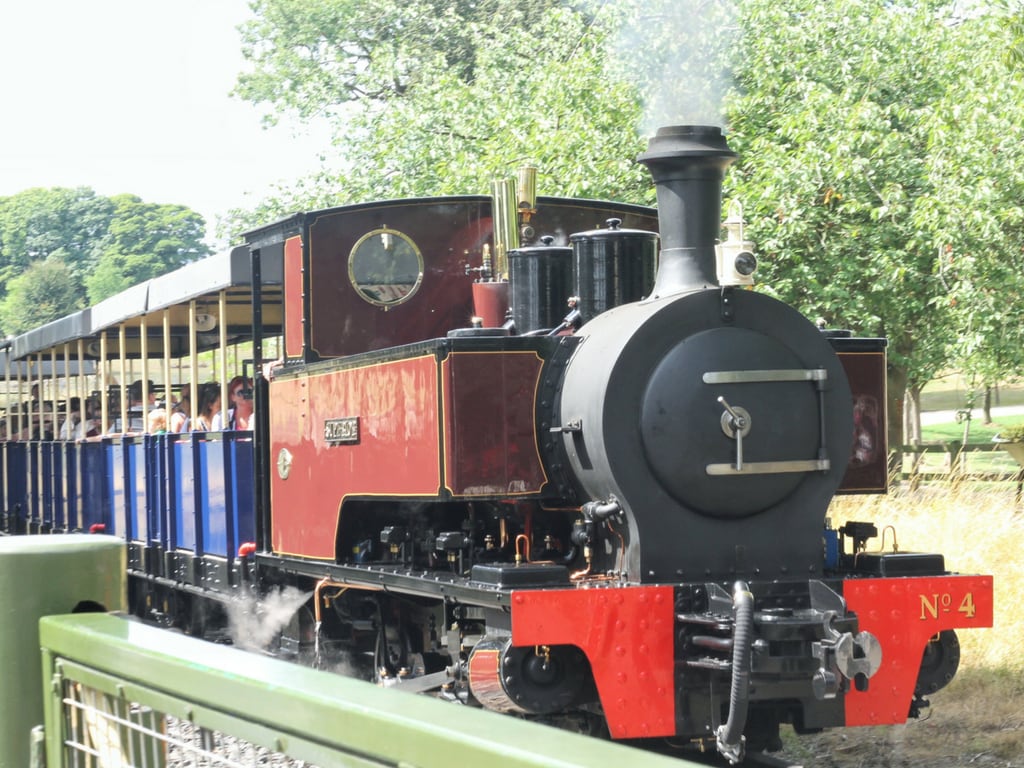 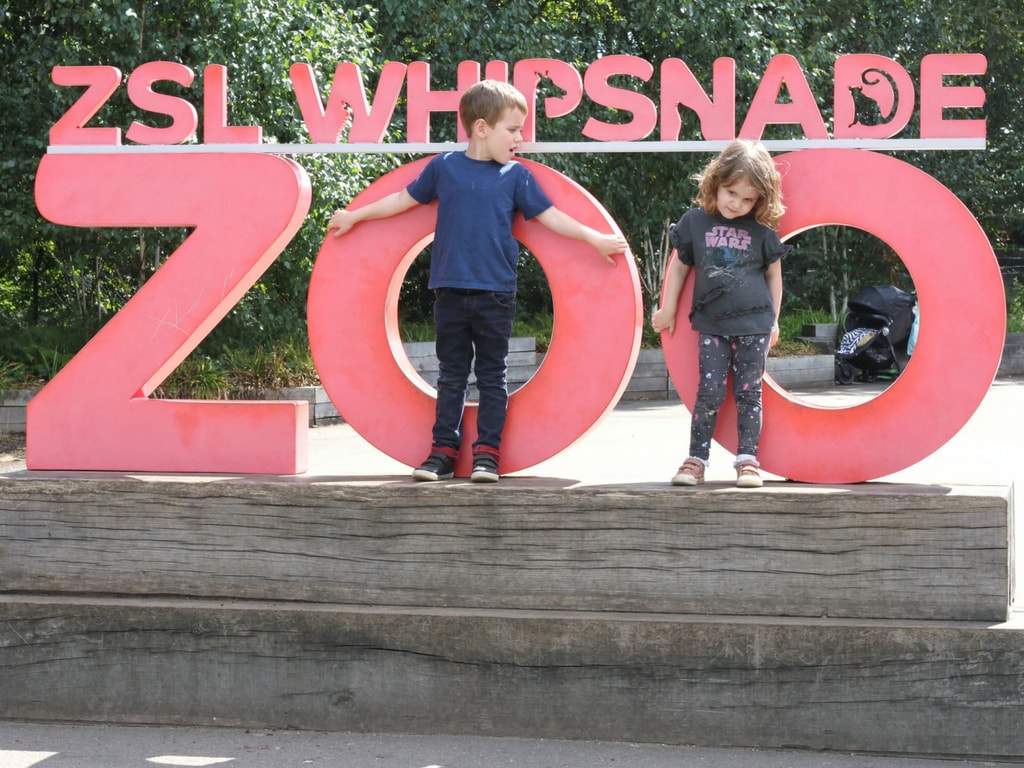 The majority of the animals at ZSL Whipsnade are kept in very large enclosures. Others, such as Peafowl, Patagonian Maras, and Red-necked Wallabies, roam freely around the park. There were a few animals that were on our list of must-sees – the tigers, of course, and one of Biggest’s favourite animals are zebras. Littlest was very excited by the flamingos because – you guessed it – they are pink!

In June, four endangered Amur tiger cubs were born at ZSL Whipsnade Zoo. Our first stop was the tiger enclosure, as we knew we wanted to visit there a few times to get a glimpse of the tiger cubs if we could. We did not see the tiger cubs on our first visit, but we did get breathtakingly close to some adult tigers. I am not sure whether they were the parents of the cubs or not! 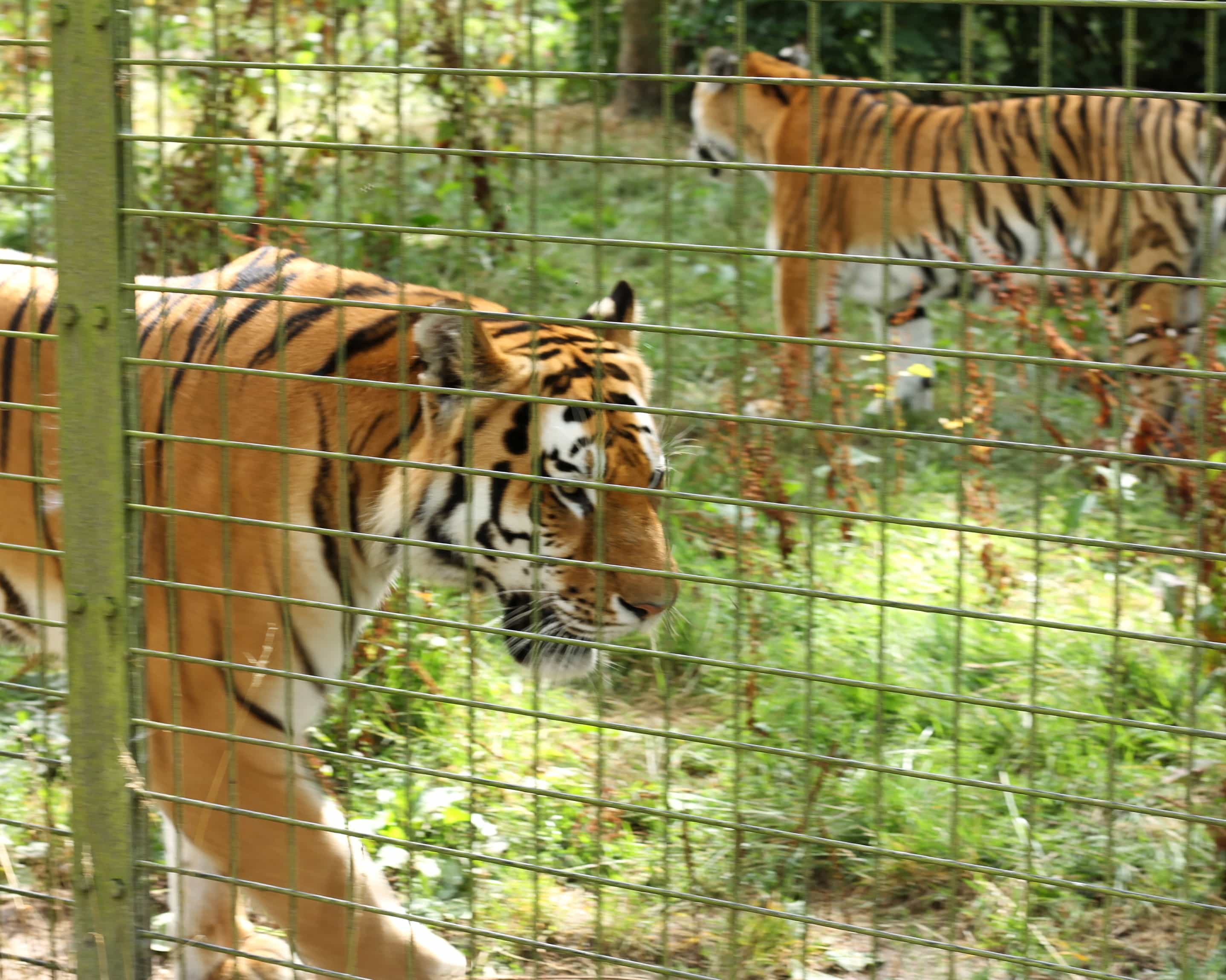 I was just few feet away and the picture is slightly blurred here because I was so overwhelmed by being so close to such awesome creatures! We returned a few times to the tiger enclosure, in the hopes of seeing the cubs, but we only caught a few glimpses of them inside their shelter. Littlest was absolutely thrilled to see their mother sunbathing, and watch her mate come out to say hello. It was a truly touching moment. 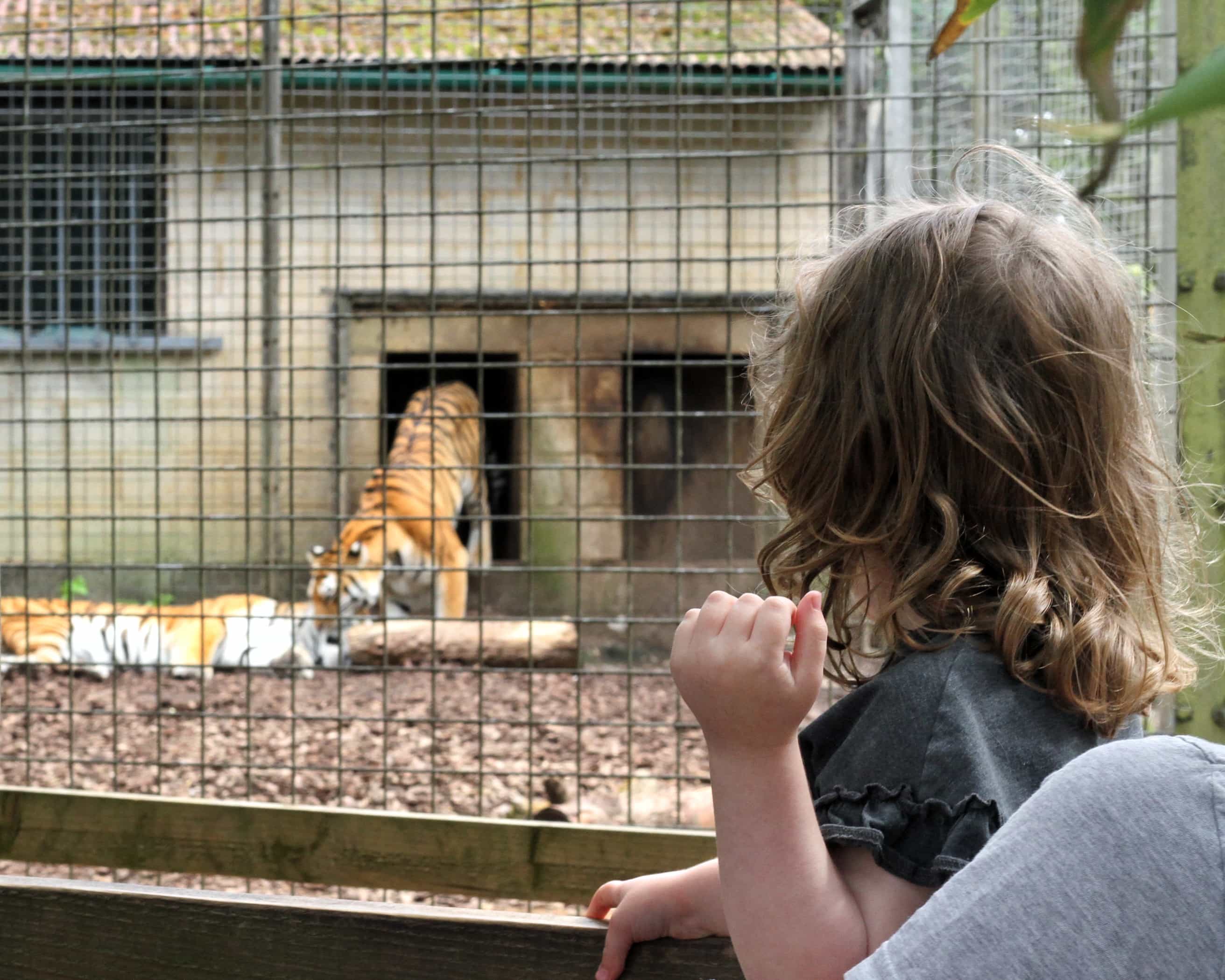 Unfortunately, we did not realise that you could take cars into the park to get between sections! This is definitely something we would do on future visits. As a result, we had to choose which animals we went in search of carefully. Littlest is still quite small and Biggest struggles with longer distances and so both did get very tired. The park is huge! We went in search of the bigger animals that the children would recognise, including Biggest’s favourite, zebras. 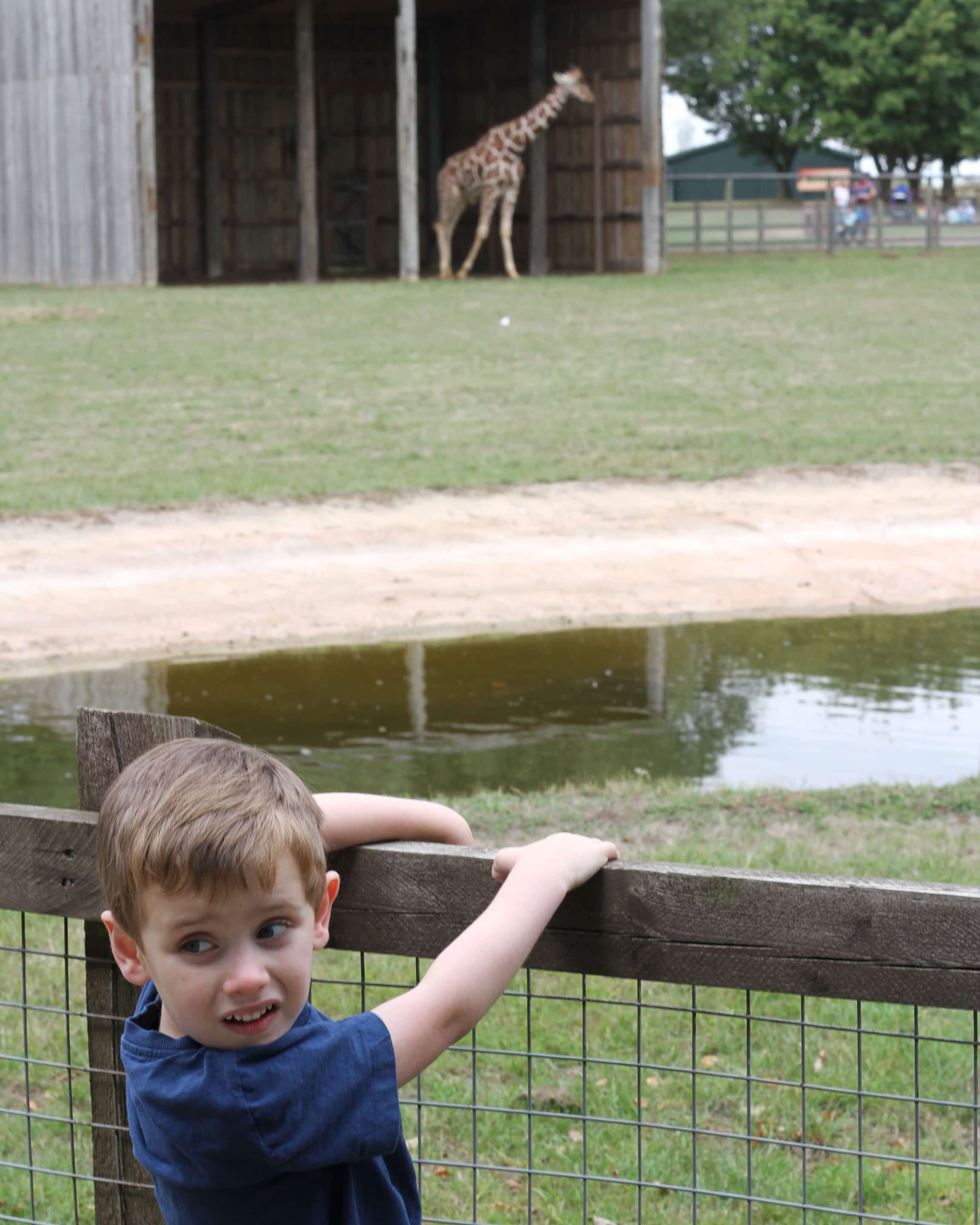 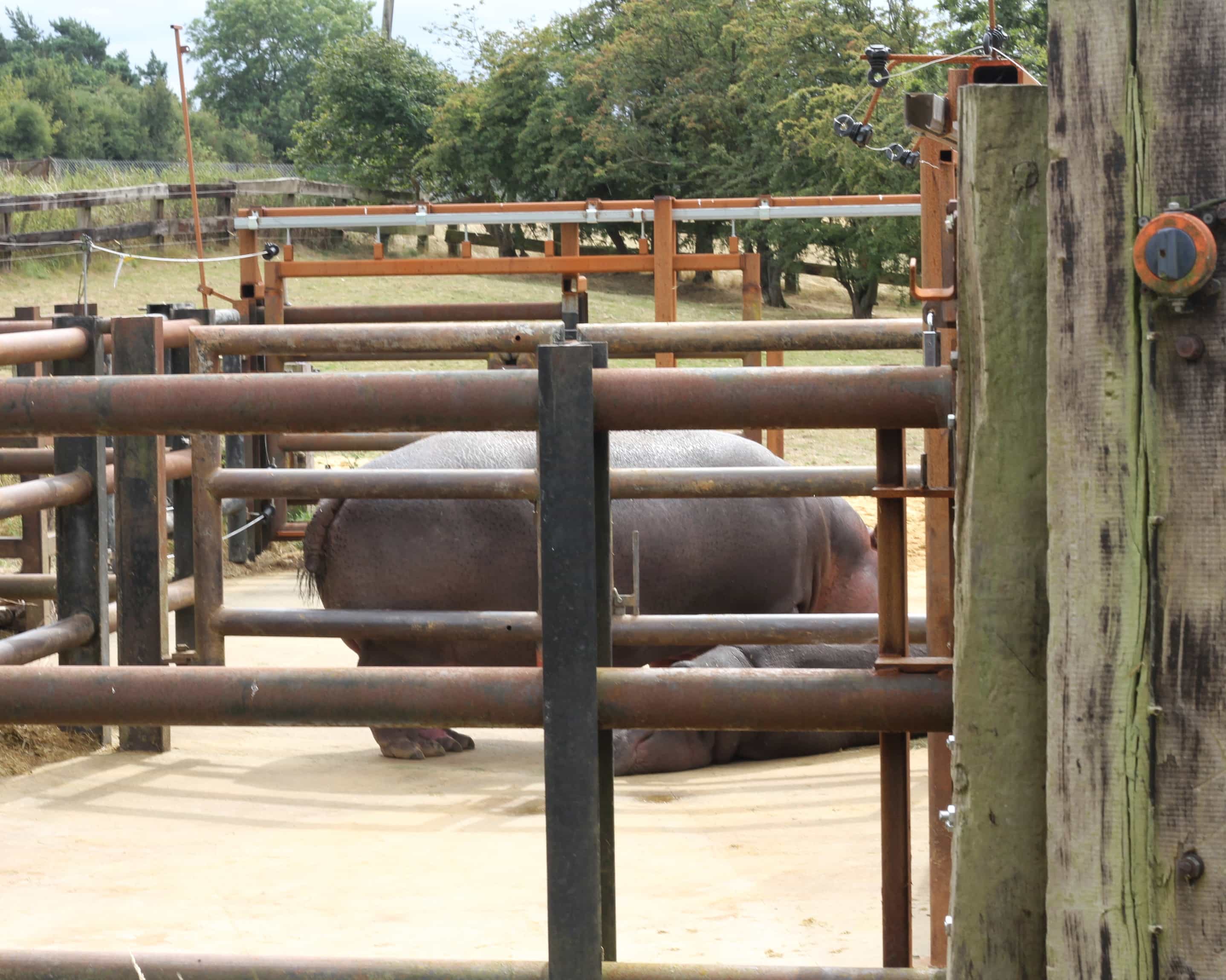 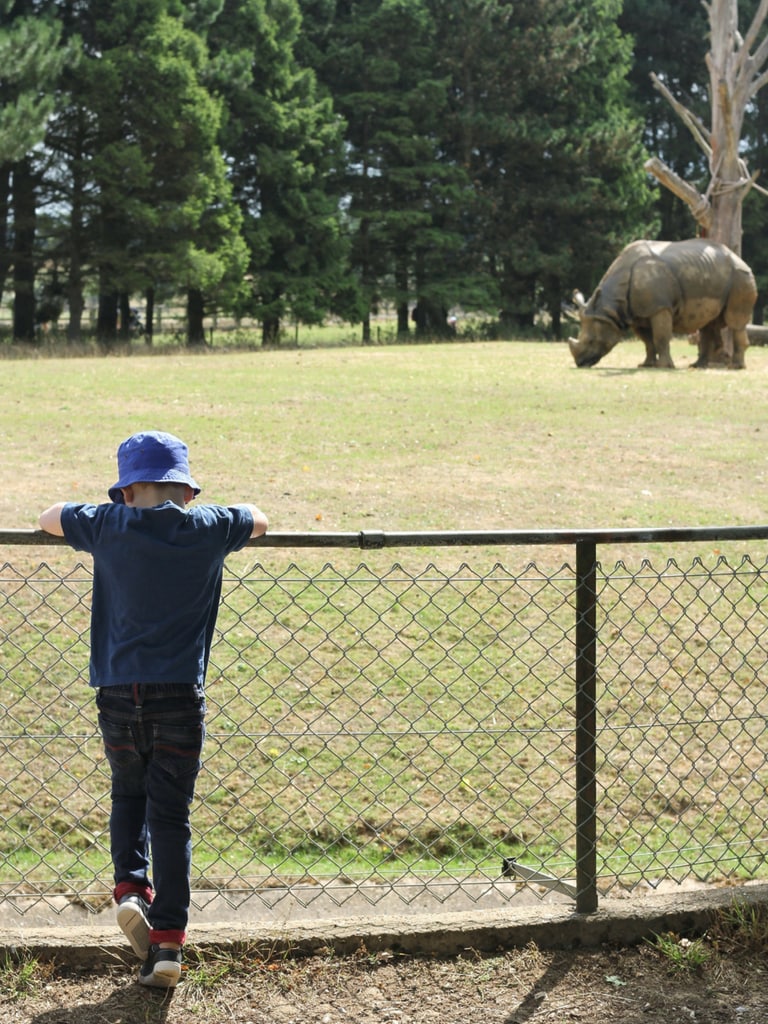 The zebras were a little distant from us to get photos, and the same was true of the elephants. It is truly wonderful that the animals have such huge and lovely surroundings to call home, but it does mean it is a little down to chance how close an encounter you have with them! We were extremely lucky with the adult tigers, but not so lucky with some of the other animals. That is why I think using the car between areas would have been great for us. The children were a little too tired to visit some enclosures, or to go back and visit when the animals moved closer. I think with a car we could have managed to see quite a bit more! 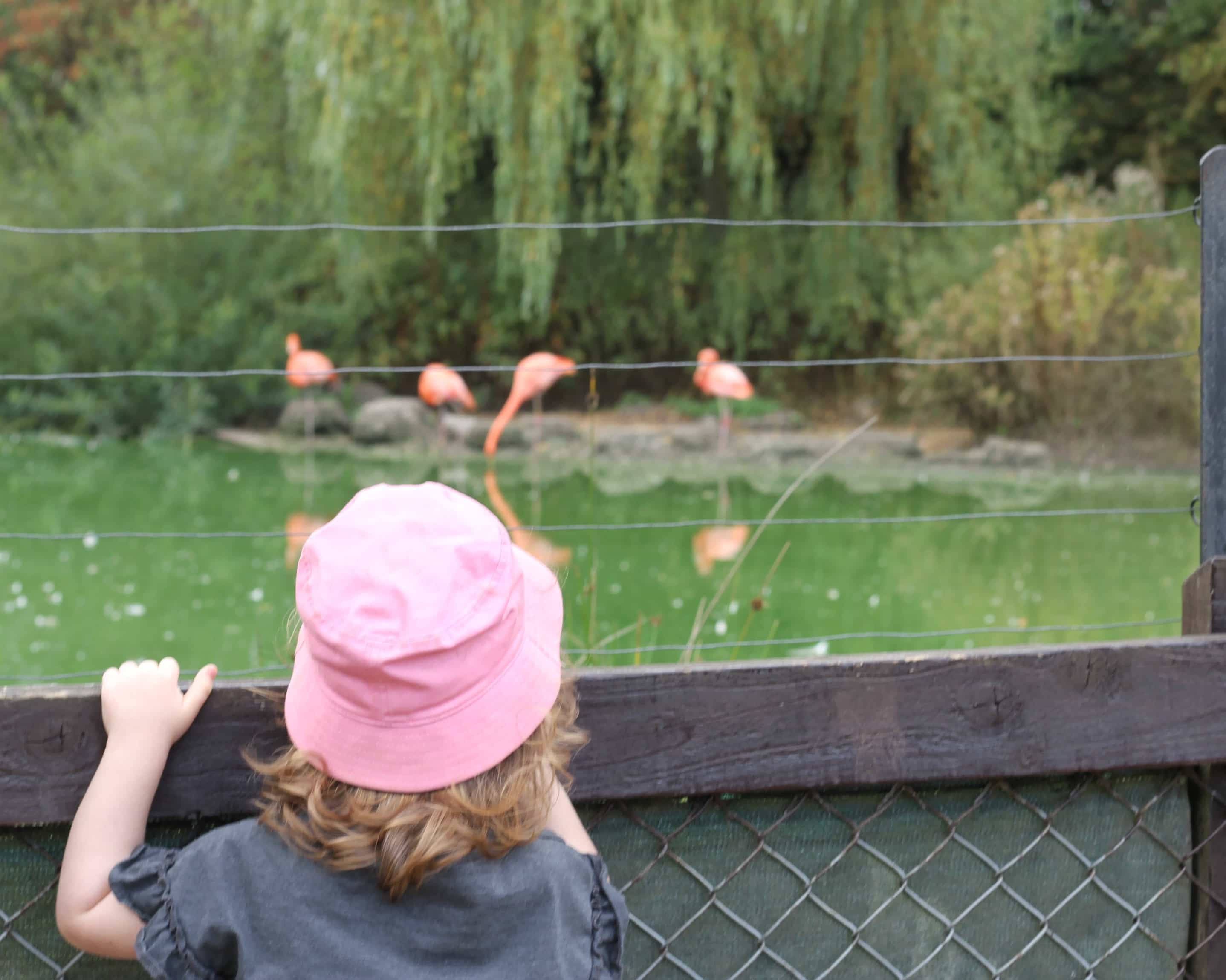 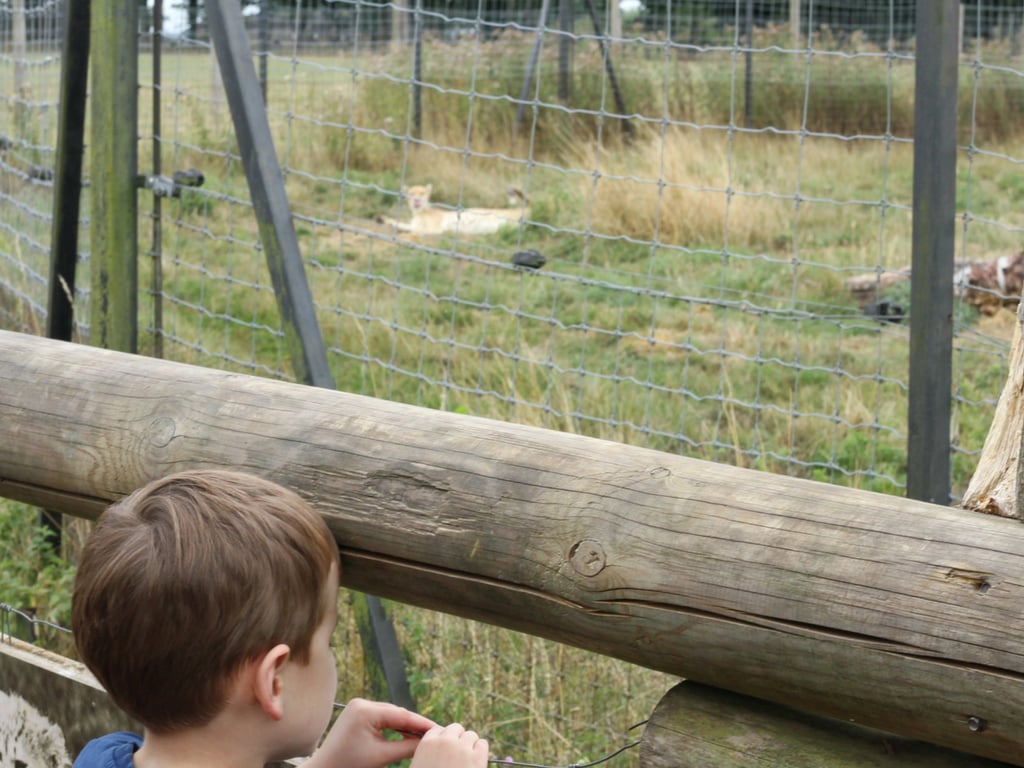 The park being so spacious did have great advantages, however. We never felt like it was too busy or crowded, and there were plenty of places to rest quietly when Biggest got a little overwhelmed.

There were lots of different options for eating at ZSL Whipsnade. There are several cafes and restaurants, spread throughout the park. We opted to have lunch in th Base Camp restaurant, which had nifty automated ordering on touch  pads and a play area outside. The food was tasty and arrived quickly, despite the restaurant being very busy! 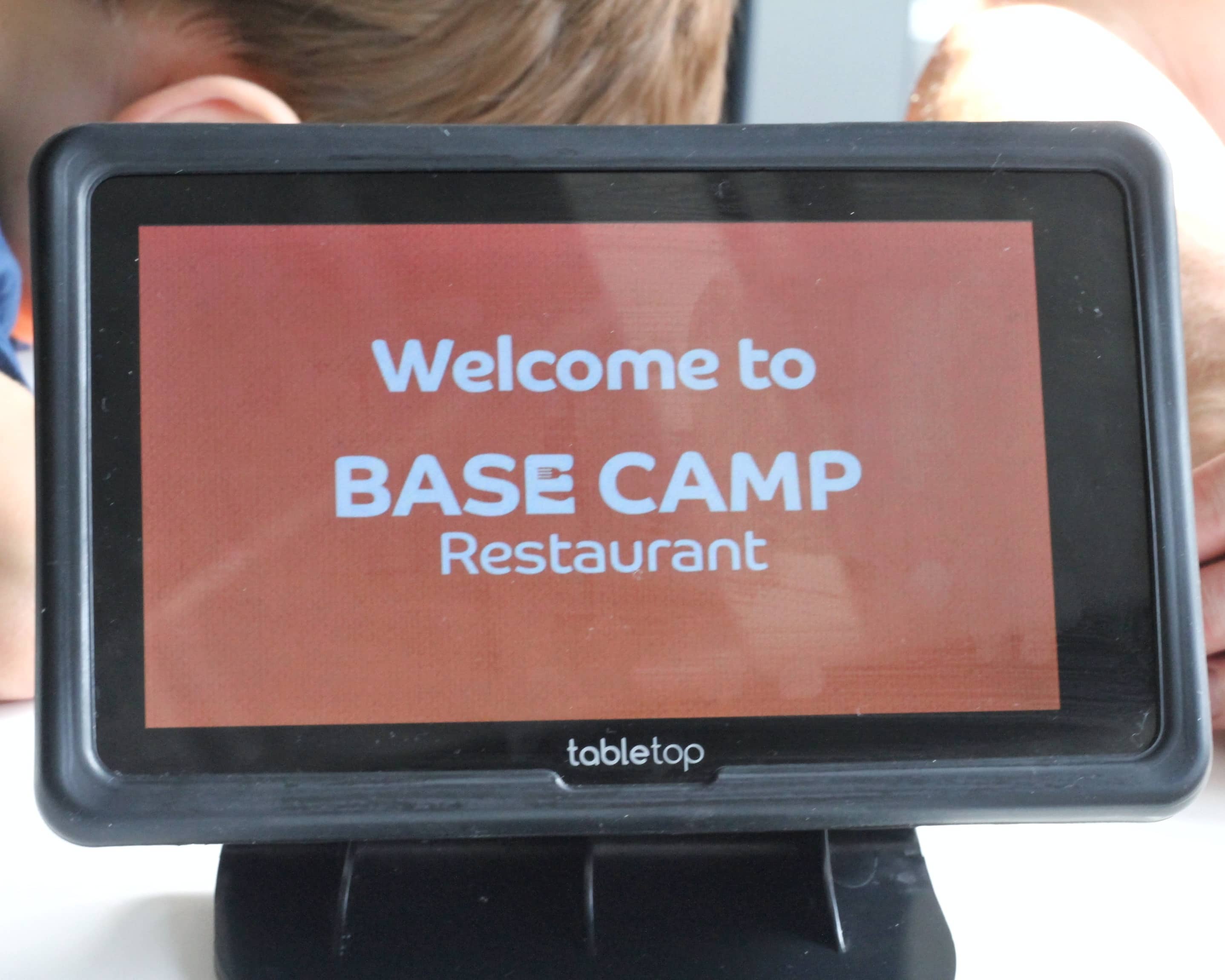 There were also plenty of places to stops for rest and ice-cream. Pic-nic tables are spread throughout the park. It is also a great place to bring your own food. 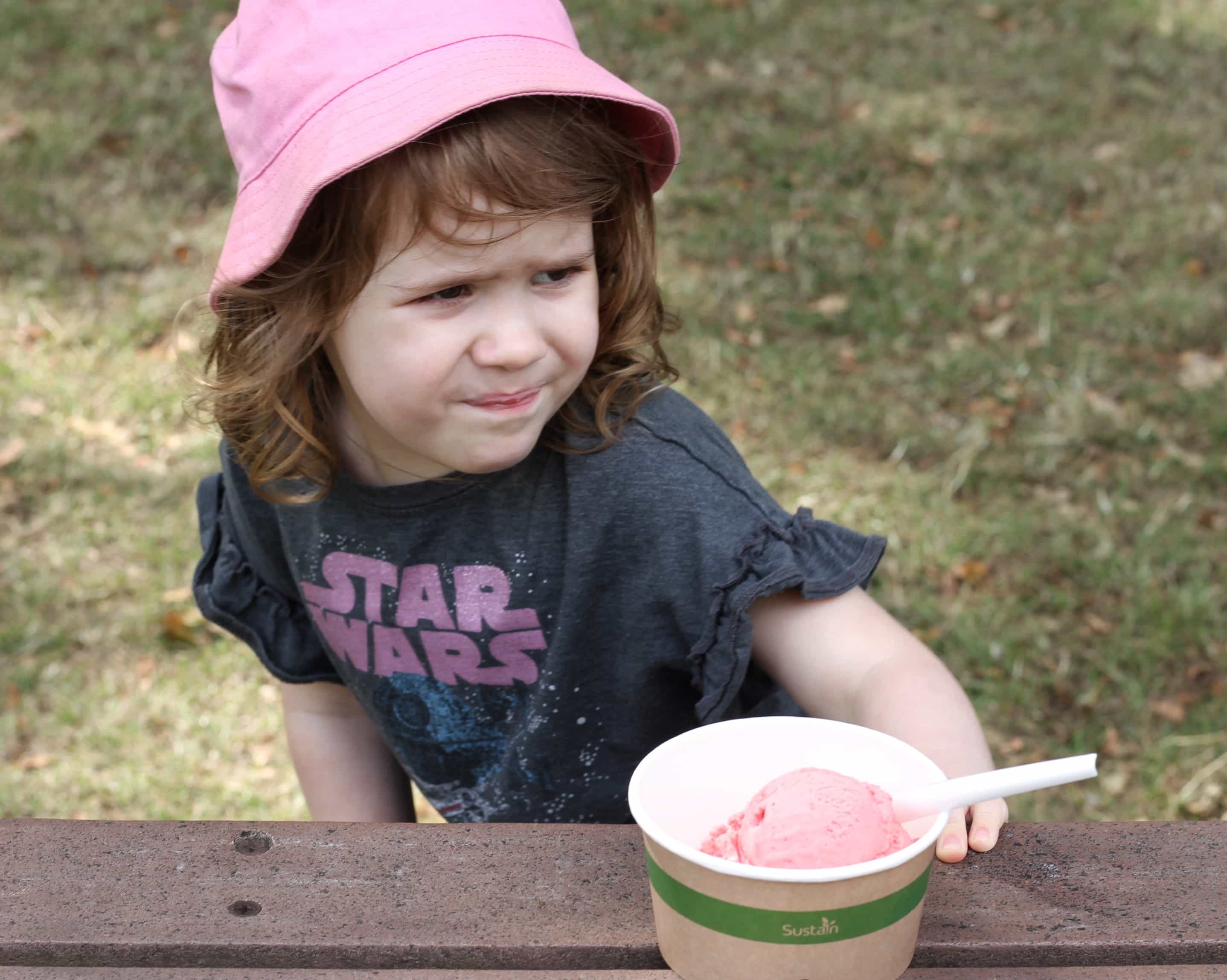 Other things to do and see

At ZSL Whipsnade there was far more to see than we could get to in a day! There is also the Butterfly House, Sea Lion Splash, african hunting dogs and the Hullabazoo Farm with familiar farmyard animals. There are also many shows, talks and experiences to enjoy. You can be a zookeeper for a day or even stay overnight at Lookout lodge. We would definitely consider returning to ZSL Whipsnade Zoo in the future in order to try these great experiences. 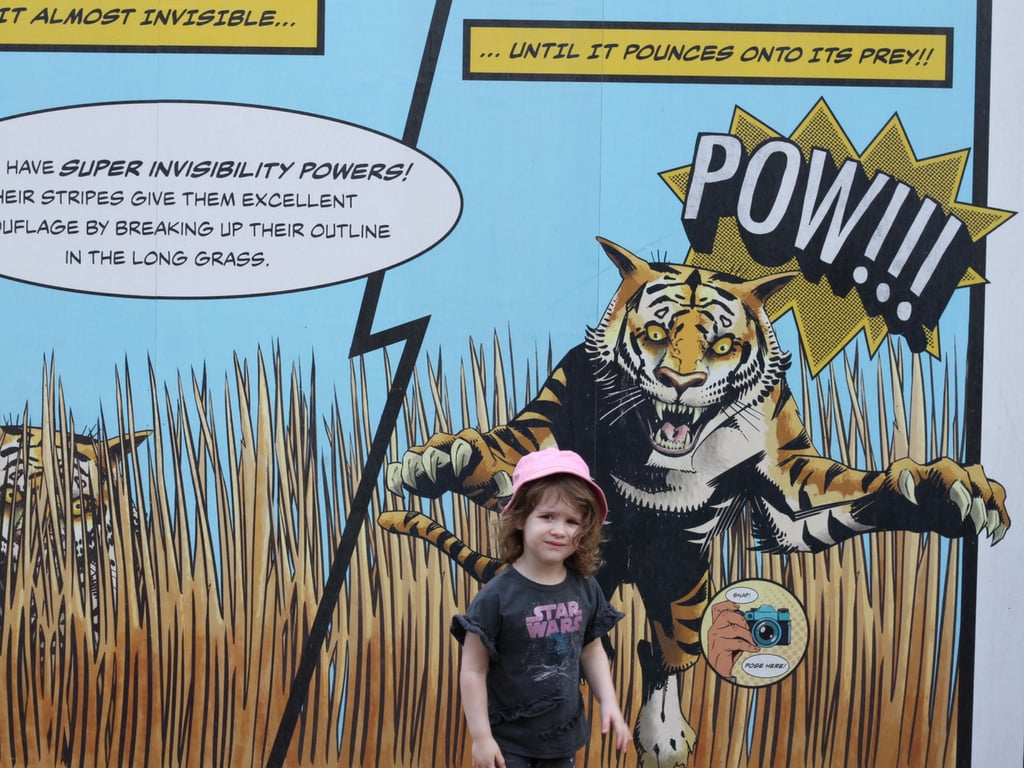 If you would like to visit ZSL Whipsnade, you can book online a day or more in advance to save 10%, take advantage of family and group discounts, and jump the queue. Children under three are free and you can get an advance family pass (two adults and to children) for £70.50. Overall, we had a great day at ZSL Whipsnade Zoo. Our visit was packed full and even though we did not get to see all of the animals up-close, we made some brilliant memories. We made for the car and the drive home exhausted but content.

Please note, this is a collaborative post with ZSL Whipsnade Zoo. All opinions and images are my own. For more information, check out our Disclosure Policy.

For more family days out, you may like:
Celebrating Life with Hollywood Bowl
Jimmy’s Farm Ipswich Review