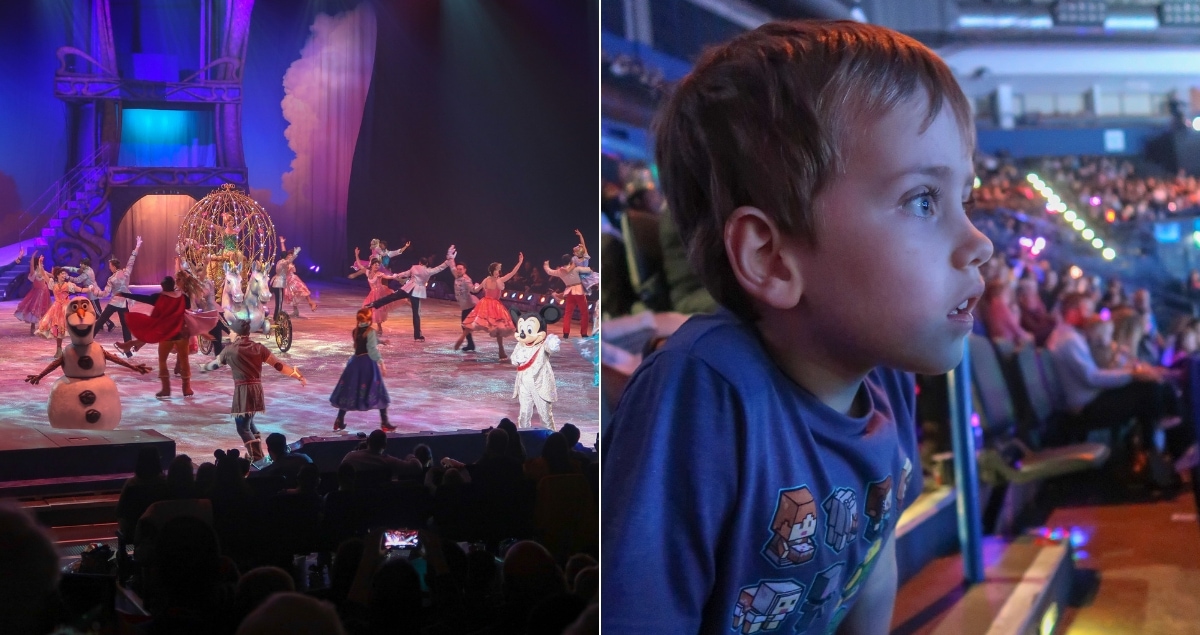 The last time that we went to see Disney on Ice, Biggest was absolutely mesmerised. I have rarely seen him so enthralled by something. When they asked us to come and see their new show, Disney on Ice Presents Dream Big, and it coincided with Biggest’s sixth birthday, I knew we had to go. We had planned to go for lunch in Birmingham at around noon, and then make our way over to the Arena for two o’clock, giving us plenty of time to have a look around and buy treats before taking our seats.

As soon as our press tickets were confirmed, I told Biggest what we planned. He was SO excited. As the big day approached, he would talk about it almost every day – “We are going to Disney on Ice to celebrate my Birthday soon!”.

He told his friends and teachers at school too. They arranged for him to take the class bear home for our Disney on Ice trip, so that Biggest could take him and write it up in the class bear diary. This made Biggest even more enthusiastic; he was desperate for the time when we could take the bear home and go to the show.

Then, on the Friday night, Littlest was ill. As she had a D&V bug, and had been up all night, there was no way she could come to the show with us. The moment I mentioned this to Biggest, his eyes filled with tears and his bottom lip started to quiver. His father and I looked at one another. We knew that we had to make this happen for him. We resolved that Biggest and I would go by train and Littlest would stay home to recuperate with Daddy.

We arrived at the station in time for the only train that would get us there in time, only to find…

The train was cancelled.

At this point Biggest began to sob. It was simply heartbreaking. After a brief conversation, we decided that Littlest was well enough to cope with the 50 minute car journey and then return home. She was already asleep in the back, exhausted from being awake all night. By this time, we would only just have time to make the show. There were some hairy moments, stuck in traffic and with Littlest waking and feeling forlorn, but Matt dropped us outside the Arena with five minutes to spare. Mickey was just taking to the stage as we took our seats.

The train journey back was also difficult. It took a long time and there was no seat for me. But you only have to see the look on Biggest’s face to know that it was worth it: 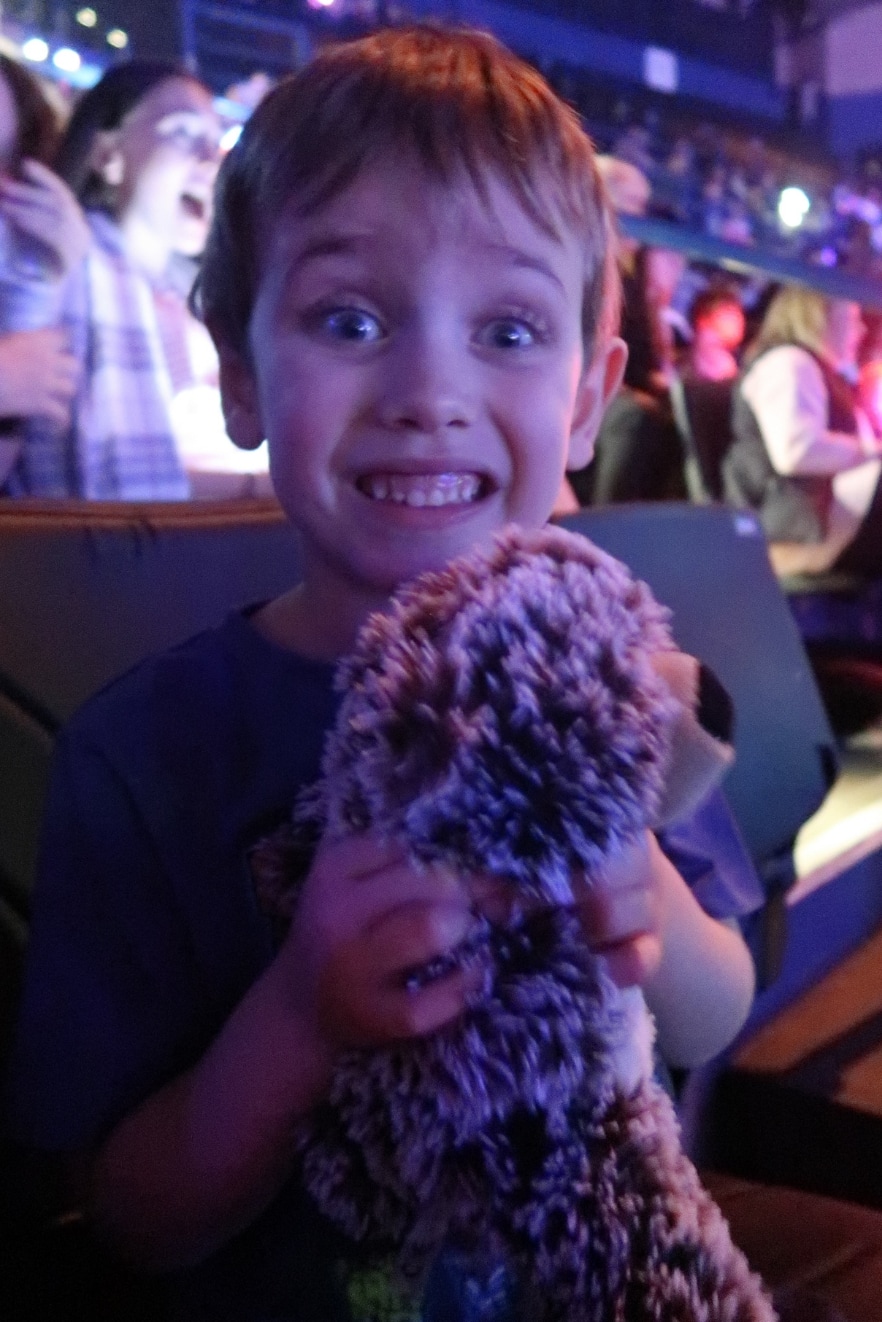 The last show we saw, Worlds of Enchantment, focused quite a lot on one or two stories: Toy Story and Frozen. This time, there were more favourites included and fewer songs from each. I think Biggest actually prefered this. He became a little frustrated by some of the parts that were missed out before. This time, the show included one or two of the most famous songs from the most popular films. It was quite Disney Princess heavy, but Biggest enjoyed that.

One of the things that made this show particularly thrilling for him was the inclusion of Moana. Moana is Biggest’s favourite Disney film, and he even had a Moana themed birthday cake last year. 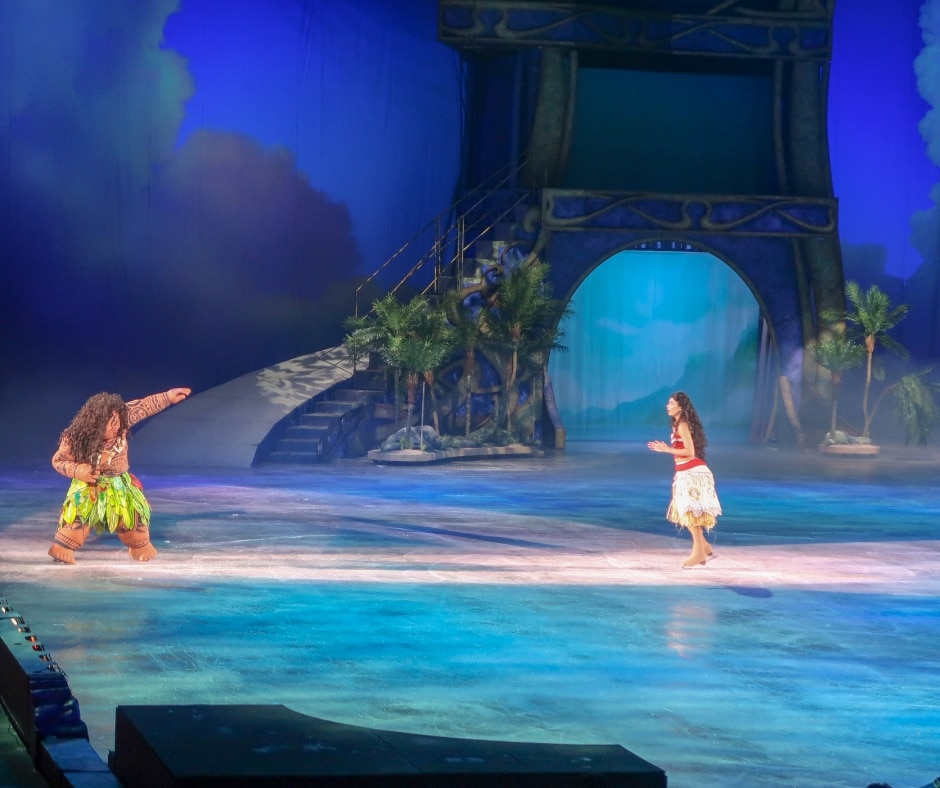 Because the show contained more big numbers from the most famous filmed, there were some truly spectacular sights on stage. At times, there seemed to be hundreds of people on stage. The big numbers from The Little Mermaid and Beauty and the Beast stood out as having beautiful choreography. Biggest loved every moment. 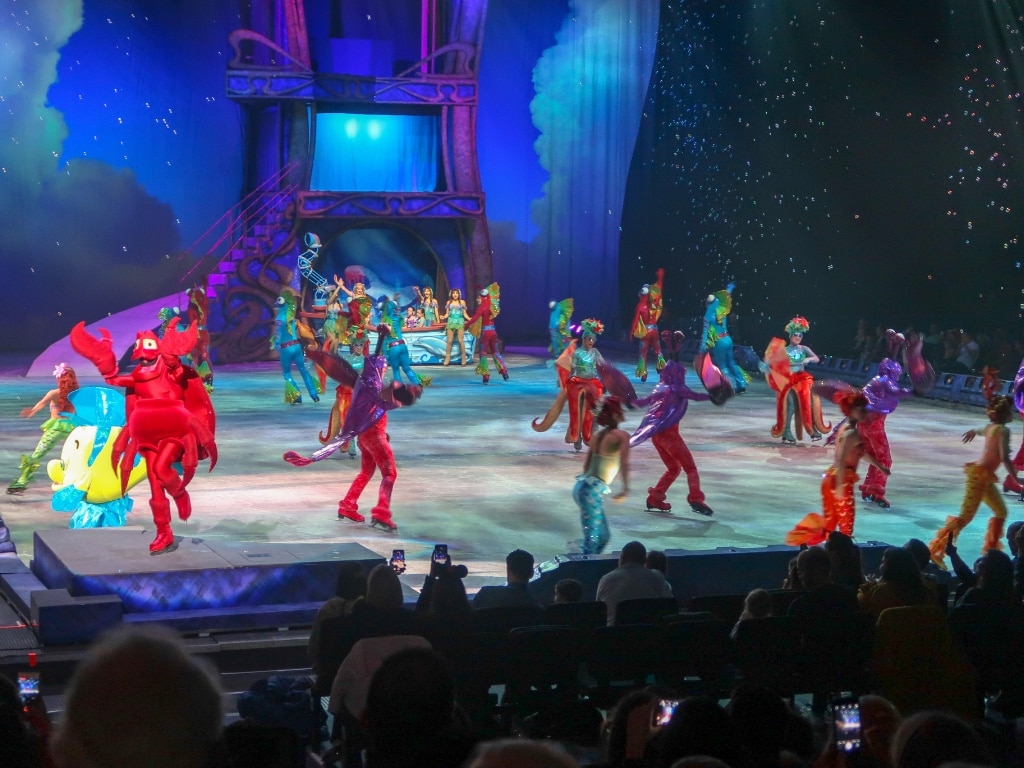 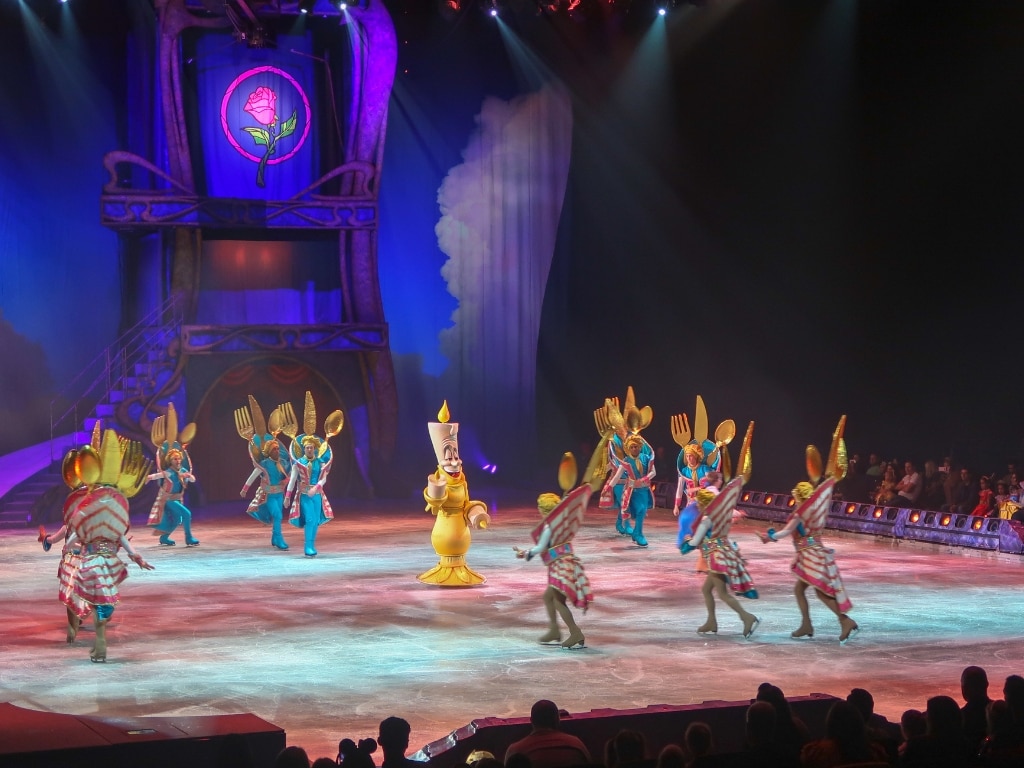 As well as these amazing group songs, there were also several numbers from Frozen, which seems to be a favourite with everyone. I was glad to see my favourite, Rapunzel, also make an appearance. The finale of the show was breathtaking, as every single Disney Princess took to the ice, as well as Mickey, Minnie, Tinkerbell, Cinderella’s coach and many others. Everyone was thrilled. I think this was our favourite Disney on Ice show so far. 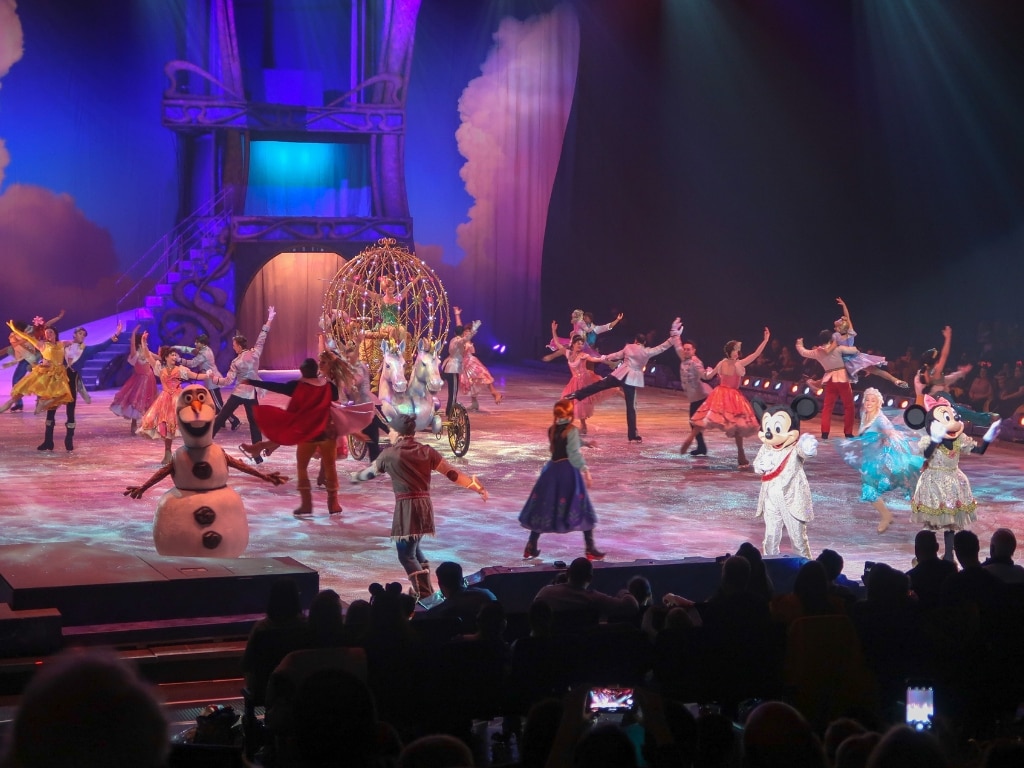 Disney on Ice Presents Dream Big is on at the Birmingham Arena until the end of the month and in other venues all over the county until January. See how to book your tickets here.

We loved the show and moved heaven and earth to make sure that Biggest did not miss it – and I am so glad we did.

Please note, we were gifted tickets to Disney on Ice Presents Dream Big. All words and opinions are my own. For more information see the Disclosure Policy.