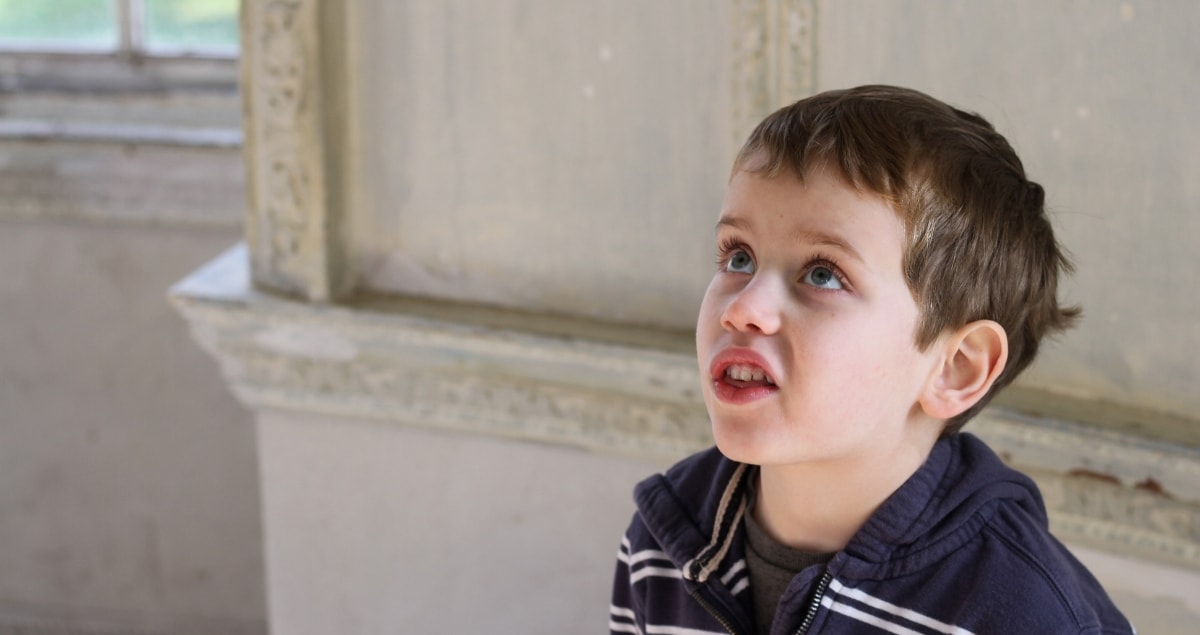 My son stutters. The way he speaks can vary massively – and does so from hour to hour, from sentence to sentence. Sometimes he will speak fluently and extensively, for several minutes in a row. Stuttering and Autism are inextricably linked for him.

Sometimes it will take him several minutes to get a single word out. Some days – the ones when he feels so much stress that he cannot function – he retreats into silence – because the words simply will not come.

“They get stuck on the sticky tape in my brain and they just won’t come out of my mouth mummy.”

Wikipedia says this of stuttering:

Stuttering, also known as stammering, is a speech disorder in which the flow of speech is disrupted by involuntary repetitions and prolongations of sounds, syllables, words or phrases as well as involuntary silent pauses or blocks in which the person who stutters is unable to produce sounds.

As with many other hidden or less obvious disabilities, stuttering is often misunderstood by the public. The beginning of this clip from Gogglebox, in which the viewers are watching Educating Yorkshire, perfectly illustrates how many people react to a stutter before they fully understand:

Before the speech difficulty has a name, before they know Musharaf and his story, before they truly understand his perseverance and courage, they show very little tolerance or patience. Of course, once it is clear that Musharaf has a clearly diagnosed speech problem, they show remorse and compassion. Had they been speaking to Musharaf, or someone like him, in real life, the damage to their confidence and wellbeing may have already been done. Frustration and a lack of do not have to voiced in order to be obvious. Stuttering and autism are not linked in Musharaf’s case, but his example still shows general attitudes to speech difficulties.

My son is 6 years old. At the moment, his age means that many people are more tolerant of his speech difficulties. Most children his age have trouble with fluency at some stage or another. However, even now, there are those that lose patience with him.

We were discharged from speech therapy before he started school and so we have muddled through with our own research and methods for helping him, which you can find below.

Stuttering in Children – Dos and Don’ts

Do not show frustration. Do not appear bored or about how long it is taking for the child to finish.

Do make sure your face is animated and interested, that your facial expressions are positive and encouraging and show that you are listening.

Do not try to finish a word or sentence for them.

Instead, be as engaged with their ideas as you can be. Be ready to engage as soon as they have finished and do not draw attention to any delay or difficulty.

Do give the child plenty of time to speak and to process your speech and questions. Never rush them.

Do not assume a lack of understanding or that the child does not know what they want to say.

Do make turn-taking for speech very clear and try to limit any interruptions when it is their turn to speak.

There are not many figures available for how many verbal autistics also stutter. However, the general opinion seems to be that it is more common than it is among the general population. There are several reasons for this. Firstly, most autistics, even those requiring less support, have some kind of speech or processing difficulty at some time.

I often feel like my son’s thoughts work much more quickly than he is able to translate into the physical mechanics of speaking. I am also sure that he has trouble processing his ideas and translating them into the exact words that he wants to use – this can result in delays in speaking.

However, anxiety is also a huge issue. When my son is anxious, when he feels out of control and it is not clear exactly what is happening, his speech quickly deteriorates. This is also true when he is extremely excited.

He has huge emotional reactions to things, both negative and positive, and they are also hard for him to fully process. When he is working hard to process his emotions and his ideas, and translate them into speech, that is when his stuttering is most profound.

I should add the caveat that I am not a speech and language professional – and in fact, we have had very little contact with anyone to support us in that area of Biggest’s development. These are simply my gut feelings and observations.

What I wish people knew

Ultimately, I wish that those who lose patience with my son would give him the benefit of the doubt. His stutter may disappear as he grows – or it may not. Either way, I do not want people to treat him differently because of it. His peers already sometimes lose interest and walk away when he is talking to them.

This is, of course, through no fault of their own. Small children have short attention spans and they do not know why he is taking so long to say something. But it is painful to watch when I know how much it takes for him to attempt social interaction with other children.

I hope that, as he grows, his peers learn to accept his idiosyncratic way of speaking, of which his stutter is only one facet. This can only happen if parents are also aware and teach their children to act with patience and kindness when talking to someone who struggles with some aspect of language or speech.

Stuttering and autism make my son unique. He son has so much to say – he is witty, amusing and full of incredible ideas and infectious enthusiasm. You will not regret giving him the time he needs to voice his thoughts, I promise.

6 thoughts on “Stuttering and Autism – How are they linked?”