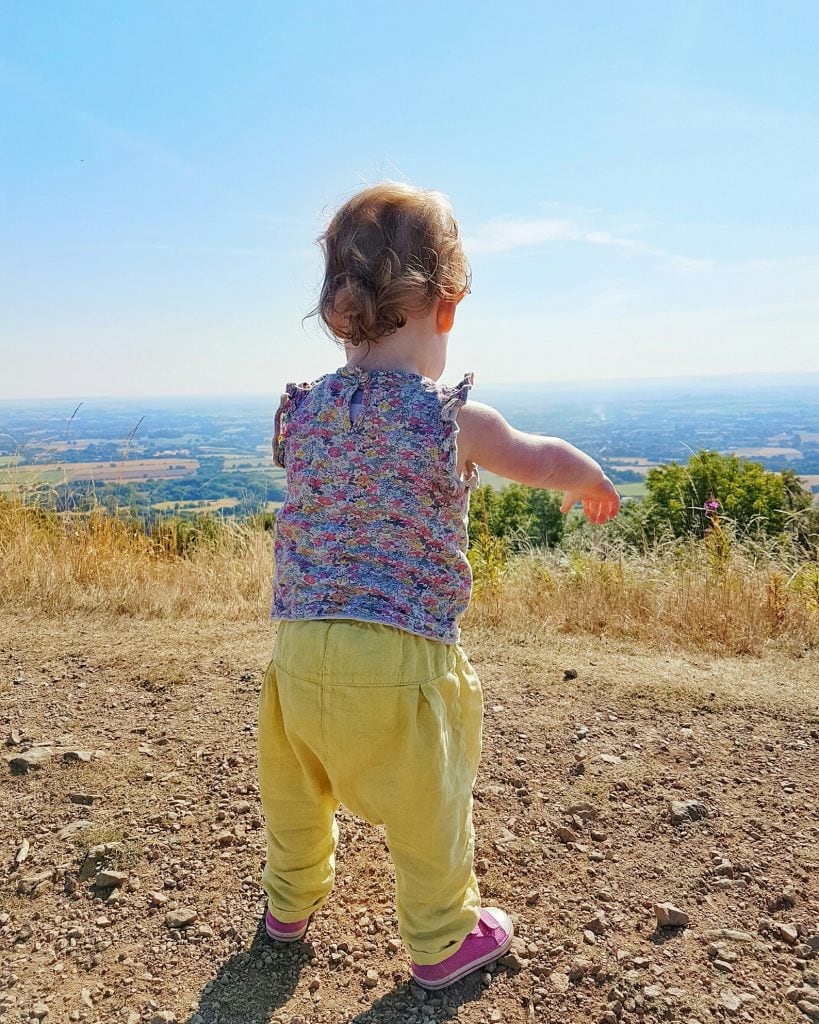 Her words came around the right time. The first one was Daddy – similar to her brother, though, in his case, Daddy came a close second to ‘car’. All the things with wheels followed shortly after.

The weeks have passed and her vocabulary has grown. ‘Shoes’ was mastered early on – while pointing to her feet and demanding several changes of footwear a day – each pair then paraded around in a very proud fashion show, shortly before demanding another change.

More words followed: ta, please (peas), cheese, Eh-oh (for her brother), moo, baa, woof, doggy. She can even point to herself and say ‘sister’ and to E and say ‘brother’. Small sentences have started for form.

But there was, and is, no Mummy…

It has become a running joke. When Daddy comes home or collects her from nursery she runs to him, embracing his legs and crying “Dada! Dada! Daddy!” with gleeful delight.

But not for Mummy. For Mummy she might run, embrace even, but her excitement is often characterised by stubborn silence. And each time, inside mummy a deep, hard nugget of jealousy formed that she tried to ignore.

Then, a few weeks ago, she started to call for me. But not by saying Mummy.

She called me me Bibi.

Or maybe Beebee. Bibby? I am not sure how she spells it. Either way, there can be no doubt that she is calling for me when she says that word. If you point and ask her who I am, that is what she says. When she sees me come into a room, or calls me for help, Bibi is what she will shout. I have found this quite perplexing and have tried to work out what might be going on in her curious little mind.

It’s not that she can’t pronounce or form the words ‘mummy’ or ‘mama’. If you ask her to say ‘mummy’, she will repeat the syllables perfectly.

It doesn’t sound much like my actual name – so she hasn’t suddenly decided, like a surly teen, to start calling her parents by their Christian names – a trick her brother pulled for a brief period:

I can’t think that she has mistaken me for Britain’s Rugby Sevens squad member Dan Bibby, for all our hairstyles are quite similar.

At first, I was a little miffed. No so much for the lack of mummy but… Bibi? Why on earth does she think I am called Bibi? When she calls me, will people think I am her aunt or childminder or that I have simply picked up a toddler from somewhere? Of course daddy thinks it is hilarious and has taken to calling me Bibi full time, even when only the two of us are present. He’s such a wit.

But you know what – that joy when she sees me and runs – it’s there whatever she says. It’s there if she is silent. Love is there in joy and sadness, in silence and in words and in chubby little fingers, seeking mine in the darkness. Love is there all the time. And Bibi is growing on me, just a little…

I might even miss it, when I look back on this post, in ten or twelve years’ time, and she has found some more choice terms for me…

5 thoughts on “A rose by any other name…”