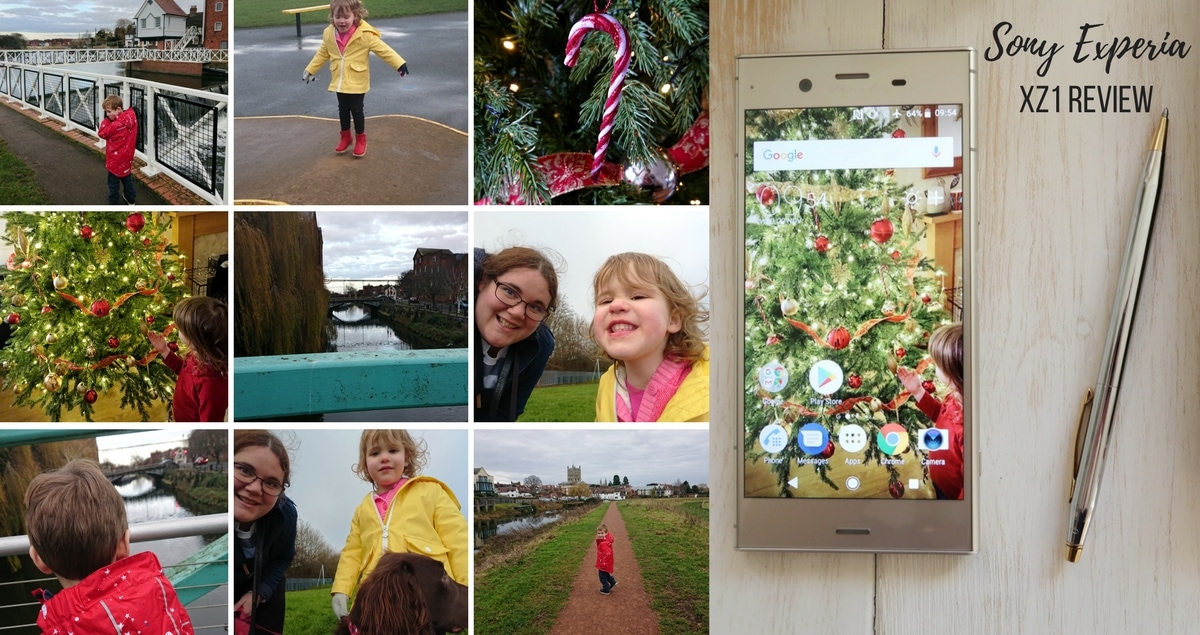 Over the last few weeks I have been lucky enough to try out the Sony Xperia XZ1 and its amazing camera functions. When I first received the handset, I did a quick rundown of our first impressions. Now that I have been playing with the camera for a little while, I am back with my Sony Xperia XZ1 review, in full. As someone who takes lots of photographs, for work and pleasure, one of the most important things that I think about when choosing a new mobile phone is the camera. Therefore, naturally, my review is focused on some of the amazing camera extras you get with the XZ1. Whether you are taking video shots or stills, the XZ1 has some pretty nifty features.

If you check out our video review below, you can see some of those features, like the super slow motion effect, in action. Below you will find a detailed rundown of the things I loved about the camera phone.

The Sony Xperia XZ1 main camera is a 19MP Motion Eye™ camera  with: 960 fps Super slow motion video; Predictive Capture;  AND SteadyShot™ with Intelligent Active Mode (5-axis stabilisation). This means that you get pictures that are excellent quality, even in low light, and video footage that is never shaky. I took some really lovely shots while on a walk with Biggest – 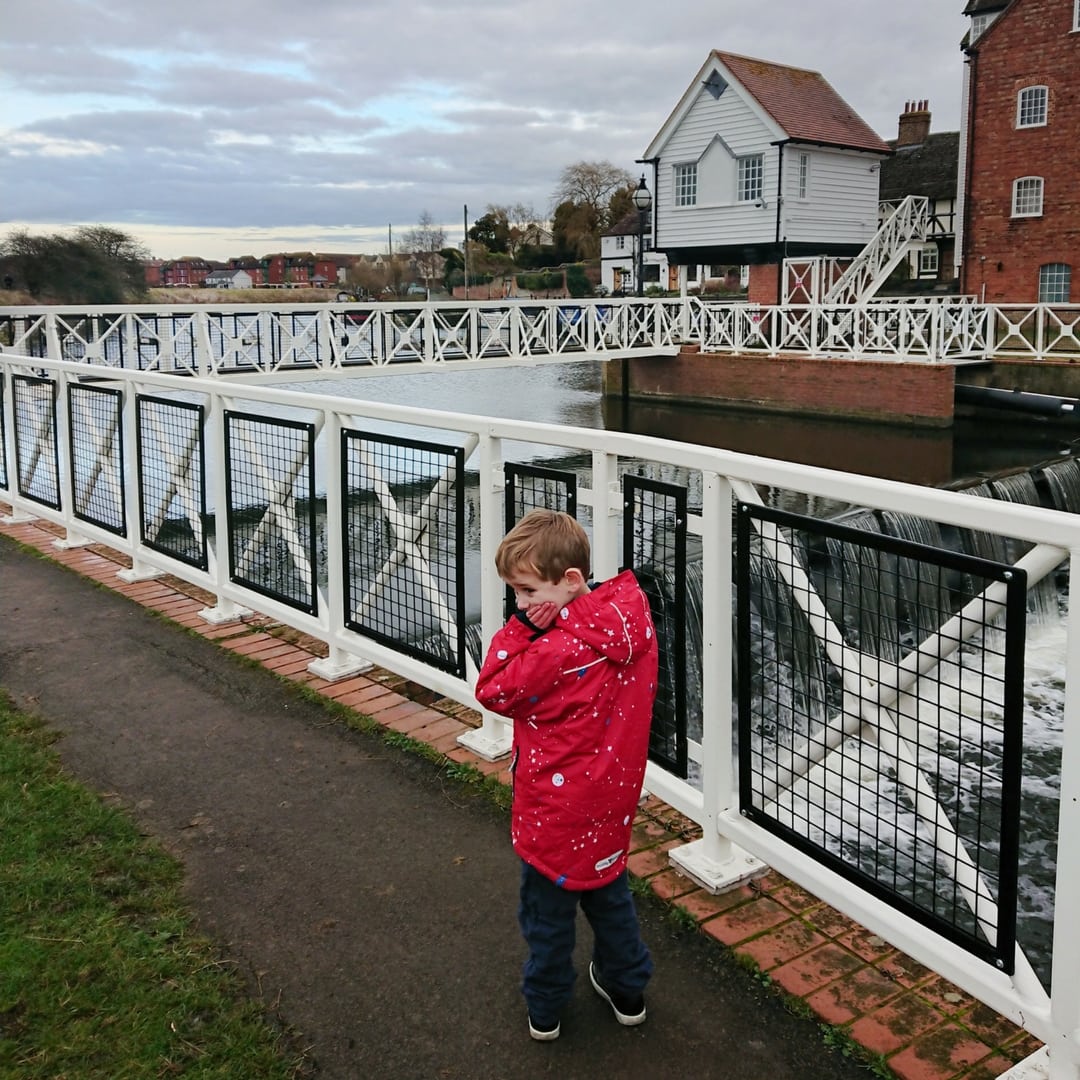 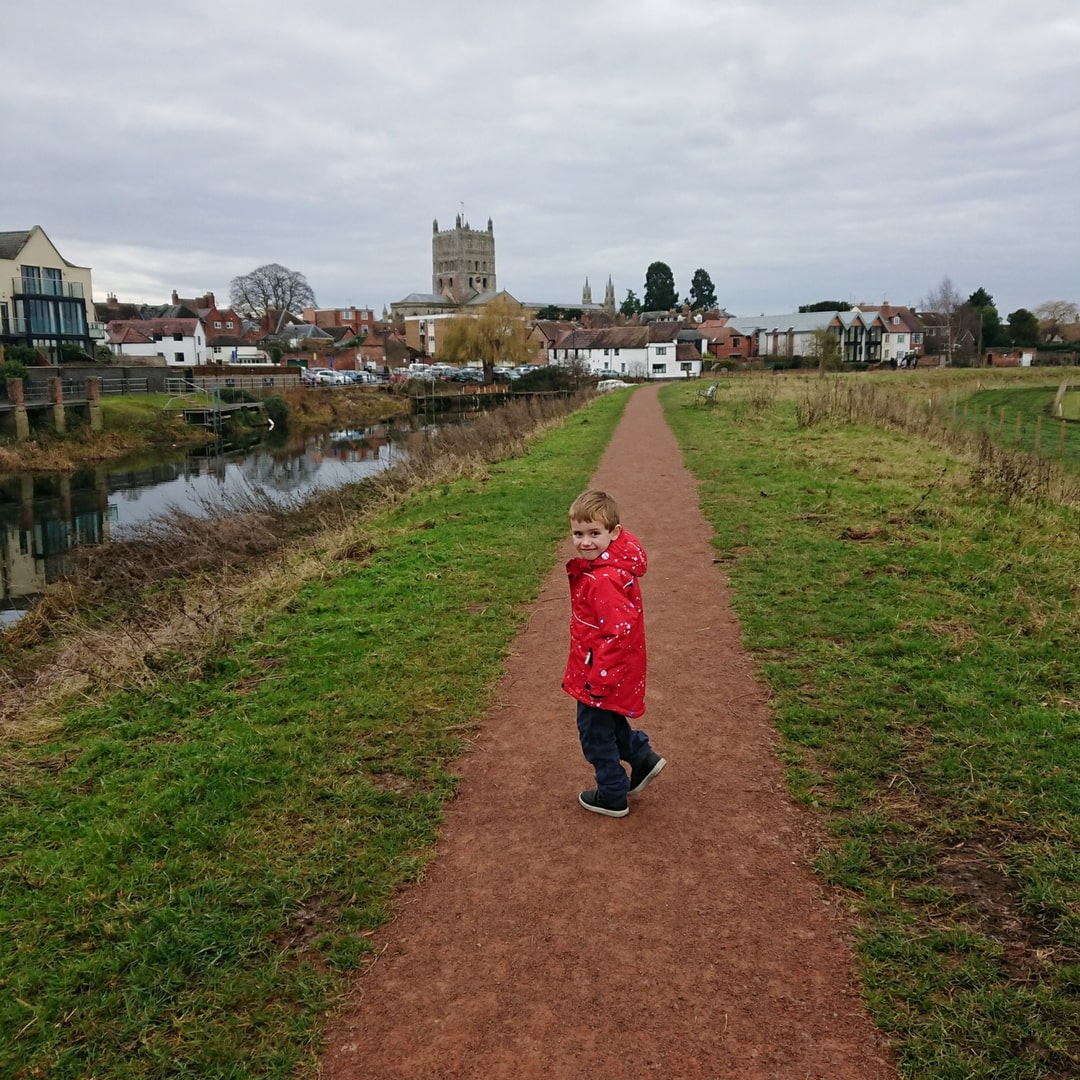 Biggest was actually moving when this image was taken but the Sony Xperia XZ comes with Autofocus burst, which tracks and captures sequences of moving objects in sharp focus. This means you do not get blurred action shots. Brilliant if you take pictures of children and puppies who move a lot! 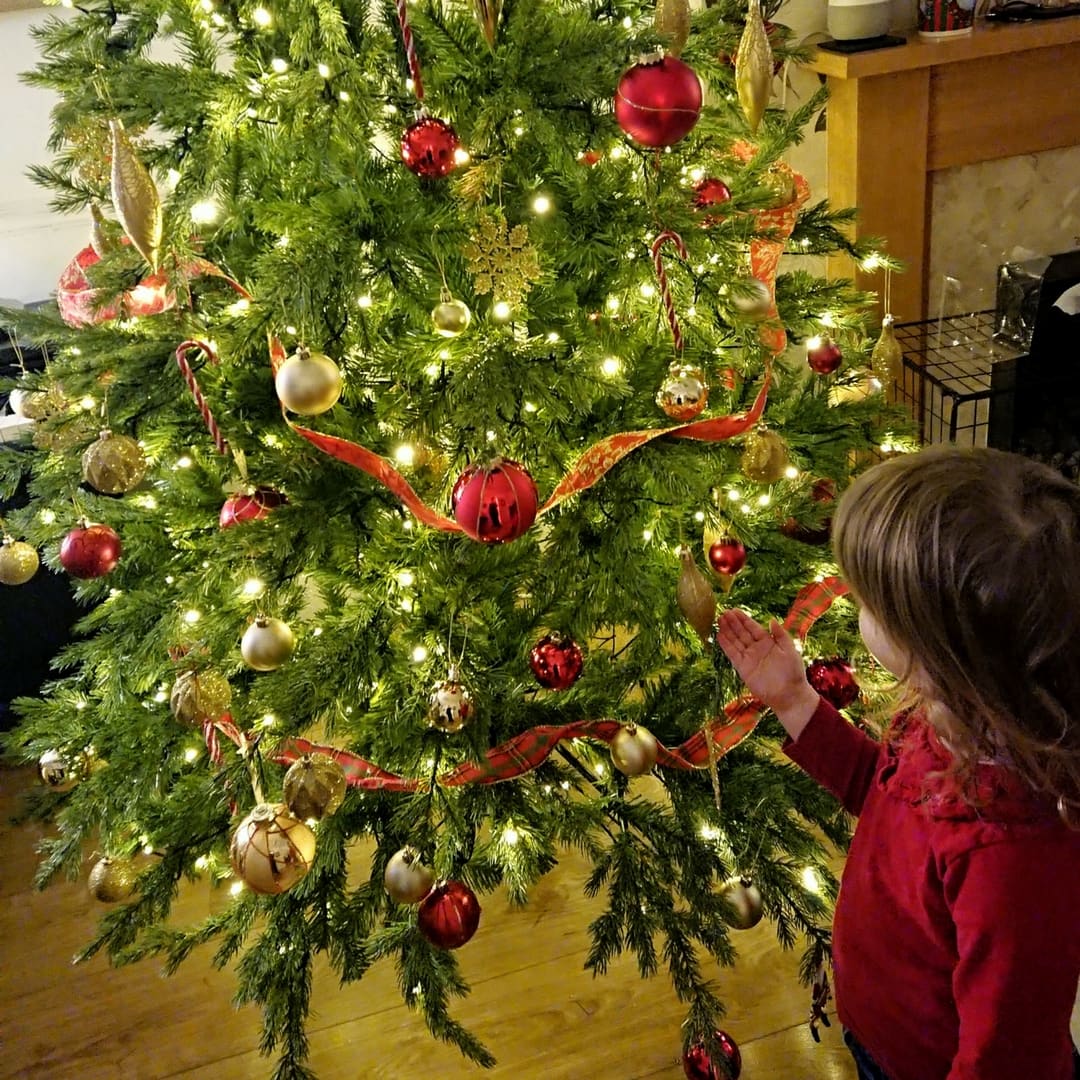 My favourite feature of the main camera though, is the super slow motion effect. You can see several examples in the video above. Below you can find a video from my Instagram feed which shows off how cool the slow motion effect is –

This camera phone would be so brilliant for capturing holiday memories.  Action shots of things like jumping into the pool could be completely transformed!

Another great function of this camera phone is the predictive capture and Motion Eye™ camera. Predictive Capture automatically starts buffering images seconds before you press the shutter button. This means that if your reactions speeds are not up to scratch, like me, you will still get that perfect shot. 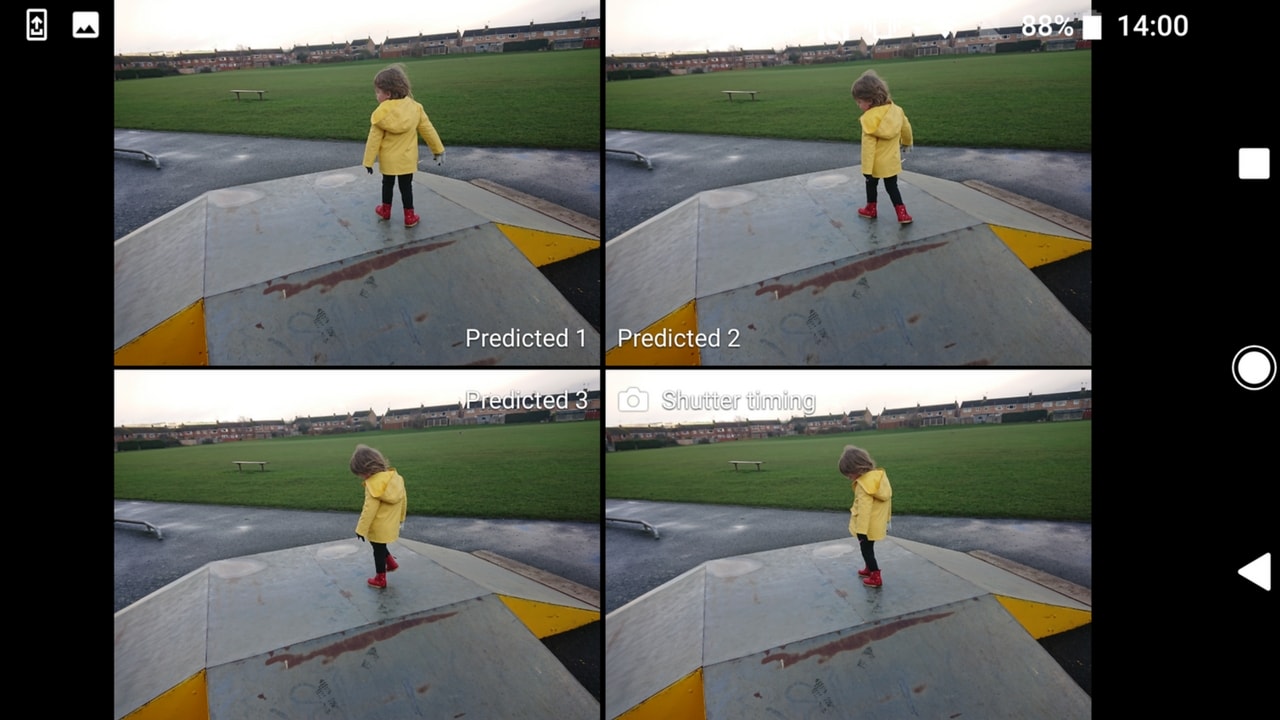 It then gives you a selection of shots and allows you to choose the best and delete the rest with the click of just one button. This is really useful as it means your camera memory does not fill up with hundreds of similar shots as you try to get the perfect one.

In addition, the front camera is probably the best I have ever seen on a phone. It is 13MP camera with a 22mm wide angle lens (just brilliant for taking selfies that fit the whole family in – 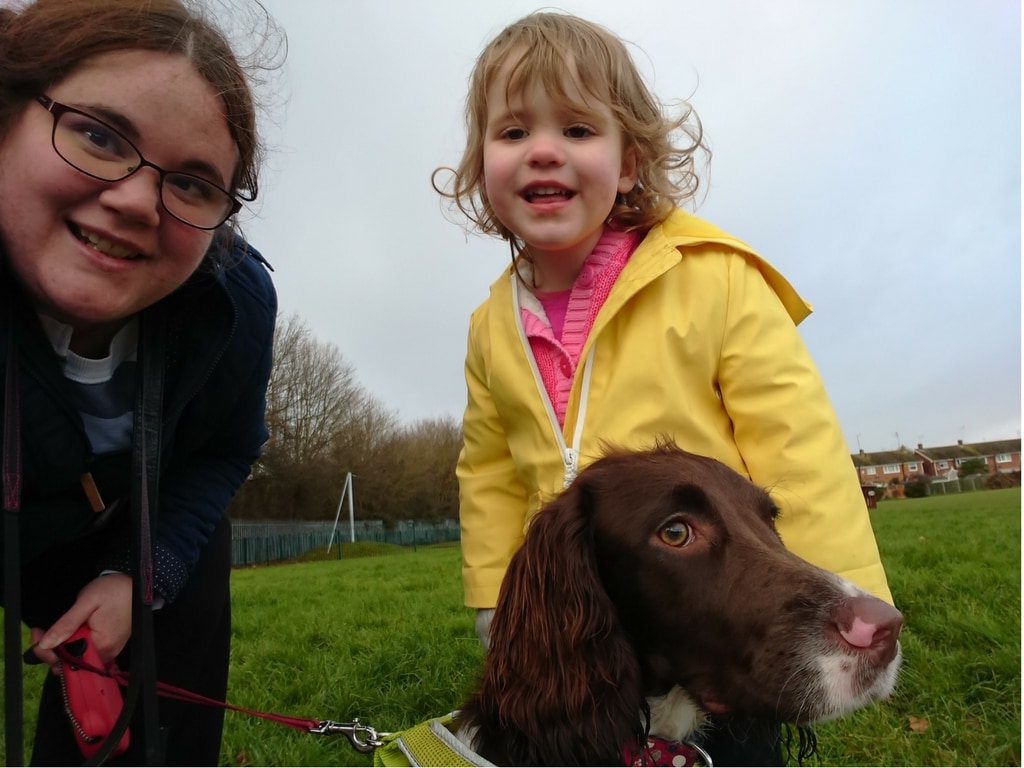 The above shot was taken on the front camera, with me holding the camera at arm’s length. As you can see, I had no trouble fitting me, Littlest and Willow in the shot. The front camera has a much wider lens than usual. It makes taking pictures and filming yourself so much easier.

As you will see from the video above, the front camera is also great for filming yourself. The high quality camera and steady shot means that my camera phone footage looks just as crisp and professional as the video I filmed with my fancy vlogging camera.

The Sony Xperia XZ1 can rival any camera phone on the market. The image quality alone is enough to put it into the top camera phones available. However, the extra features set this phone apart. In particular, the predictive capture, steady shot and super slow motion functions make this phone something very special indeed.

The Xperia XZ1 is available at the recommended price of £599.99. You can visit the Sony Mobile website in order to find stockists. The Xperia range also includes the XZ1 Compact and the XZ Premium. 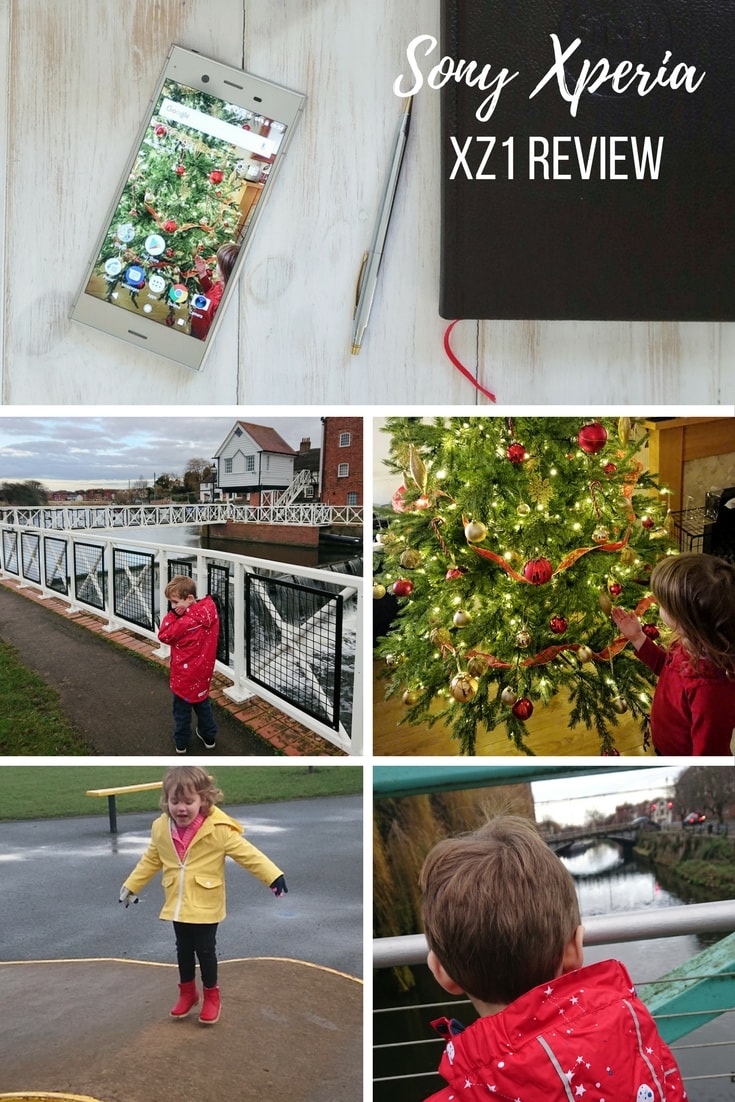 Please note. this is a paid collaboration with Sony Xperia. However, all words, images and opinions are my own.

You can also see what other bloggers thought of the Sony Xperia XZ1: