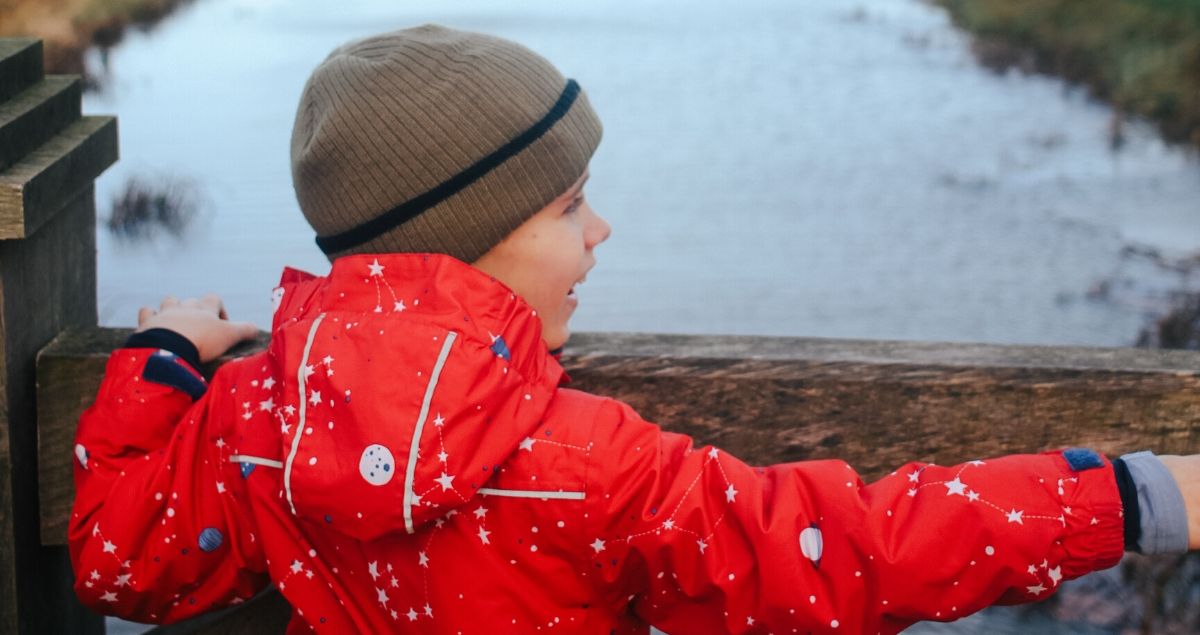 There is an expectation, an implication, a pressure when you are the parent of an autistic child. Sometimes that pressure is very clear – when a therapist forces a child to make eye contact, for example. Sometimes it is unspoken but felt. It can come from relatives, professionals and the general public alike. It is the expectation that autistic children need to learn to cope.

A few years ago I wrote a letter to Brittany Ferries, asking them if there was any way they could switch off their morning ferry alarm. Biggest is terrified of the alarm; it has marred so many trips to see his grandparents. Dealing with the alarm takes such a toll and he is so tired and so overwhelmed before we even get there. The trip becomes so much harder for him all round.

I dread every crossing.

When I wrote the post, I received several comments from people who said I was not sensible to ask them to stop the alarm, or even to get up early and get him up on deck before it sounds (this is our current solution. It is not perfect, as the anxiety about the alarm coming any second is still profound, but it gets us through it). There were those who said I should not try to stop the alarm; I should not even try to prevent him from hearing it. In fact, I should make him stay and listen. We should stay in the cabin, deliberately, and deal with his screams and sobs for 45 minutes because he ‘needs to learn to cope.’

I disagree with this wholeheartedly, for two reasons.

Firstly, it is inherently ableist. If autistic brains outnumbered neurotypical brains, things would be very different.

Biggest values preciseness, the expected and the known above all else. He needs control and correctness. If those who valued these things as much as he does were dominant, there would be far fewer incidences that cause him extreme distress. There would be no ferry alarms that cannot be switched off. People would not be vague about rules or say something will happen without being sure. Restaurants would not change their menus without warning.

It is because the world is set up for neurotypical people that Biggest must face so many unexpected things, so many things that seem painfully wrong to him. We would not tell people with physical disabilities to ‘learn to cope’ without their physical aids. We should not tell neurodiverse people that they need to cope with the neurotypical world unaided.

Secondly, it does not work. It is not some kind of immersion therapy that means he will one day be fine with expecting a reading certificate on one day and suddenly not receiving it when that day comes. If I made him listen to that ferry alarm for hours on end, he may eventually calm – but not because he has learned to cope with it in a healthy way. It would damage him irrevocably to be so cruel. He would be exhausted and broken. There is no way to know how the trauma of something like that may affect him in later life, even if he no longer screamed at alarms that he cannot switch off.

But it is not just big things, like the alarm, to which this applies. I spend a fair amount of time trying to keep Biggest regulated. I know him, as close as anyone can know someone else. He is a piece of my soul and I will make no apologies for doing everything I can to save him heartache.

We say what we mean. We make sure to be sure before we tell him anything. I phone restaurants ahead of time to ensure that they have what he wants to order. I double-check and I make sure things are correct and I place things just so.

Anxiety is a terrible thing. To feel like you are not safe, to feel like things may go terribly wrong at any moment, to be so afraid – it is exhausting. To feel less anxious, to be regulated and calm, Biggest needs to have confidence in those around him. He needs to know that they understand his need for predictability and that they respect it.

He needs a scaffold of routine and expectation to help him cope with the things that cannot be controlled.

But surely, if you control every little detail to make his life easier, he will never cope when the inevitable happens and some things cannot be controlled, like the ferry alarm? – they say.

Controlling the small things is what makes him able to deal with the uncontrollable. Knowing that he can trust me to fix anything that is fixable gives him the confidence and strength to cope when things cannot be fixed. Yes, those times are difficult. But they would be harder to deal with if we did not alleviate his distress wherever we can – when given the opportunity.

In showing him how I help to control and regulate his world, I also give him the tools to regulate himself, when he is an adult.

If, when he is grown, he is ever able to take the overnight ferry alone to visit his grandparents, he will get himself up before the alarm and go to the deck. In doing everything I can to save him distress I am not ‘making a rod’ for my back.

I do not have to be cruel to be kind.

This is not to say that we never challenge him, never help him to try new things or face experiences that cannot be entirely known; we do. It does not mean that we do not help him to learn coping strategies for when he must face situations that are difficult for him; we do.

But the success of pushing Biggest to grow and learn, to be the best he can be – it is entirely dependent on how safe he feels, on that scaffold of routine and predictability. It is dependent on his trust and composure. In an environment where he feels safe, where he can trust those around him and the little things are regulated to help ease his anxiety – well, I know that he can achieve anything under those conditions.

If you think I am an overprotective, mollycoddling parent, so be it. I can live with that.

A Letter to my Neurotypical Daughter