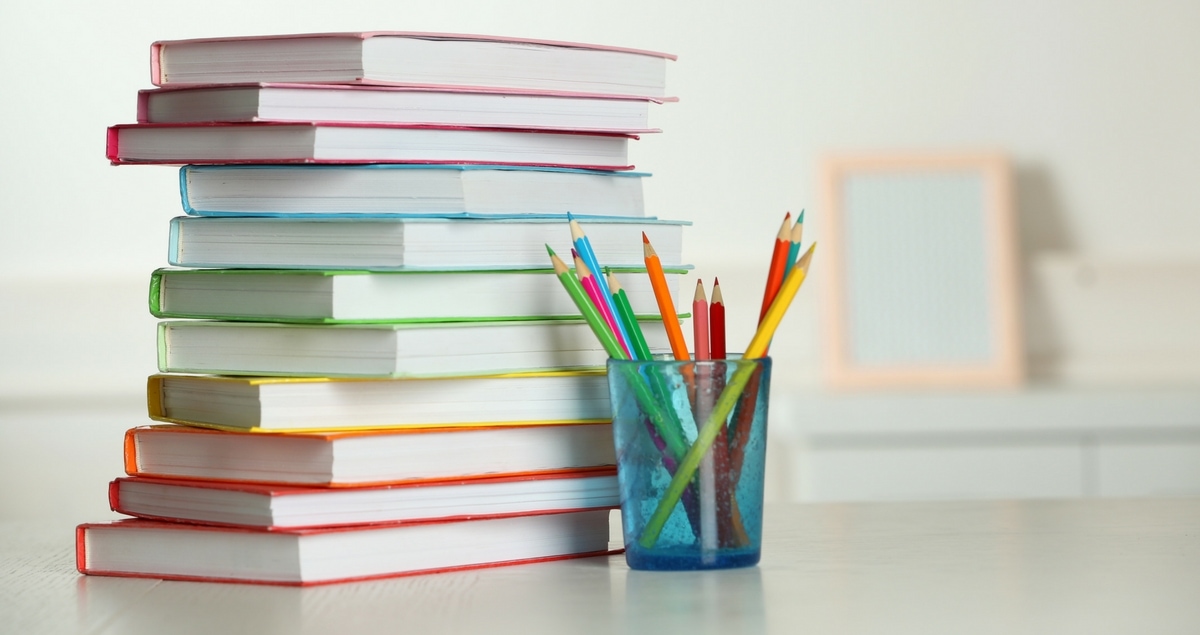 When you write about a topic to raise awareness, or to champion a cause, it can be hard not to become jaded.

It is hard not to feel like you have said everything you can, in hundreds of ways and dozens of times over. How can your voice make a difference, in a space filled with infinite causes, infinite opinions? You only have control over your own little bubble. You are preaching to the converted and those who really need to hear what you have to say are the ones who are not listening.

And then you see something that jolts you out of that mindset. You read an article, or experience a judgement or note a stereotype or a misrepresentation and you know you must speak up because it is not fair. Because it needs to be changed and if you do not speak up then who will? And it does not matter if no one listens. It does not matter if the change you desire does not come.

Still, you have to speak.

If one person might throw aside a misconception they once held, you must speak.

Recently, these pictures of a textbook were posted in an autism acceptance group, of which I am a member. 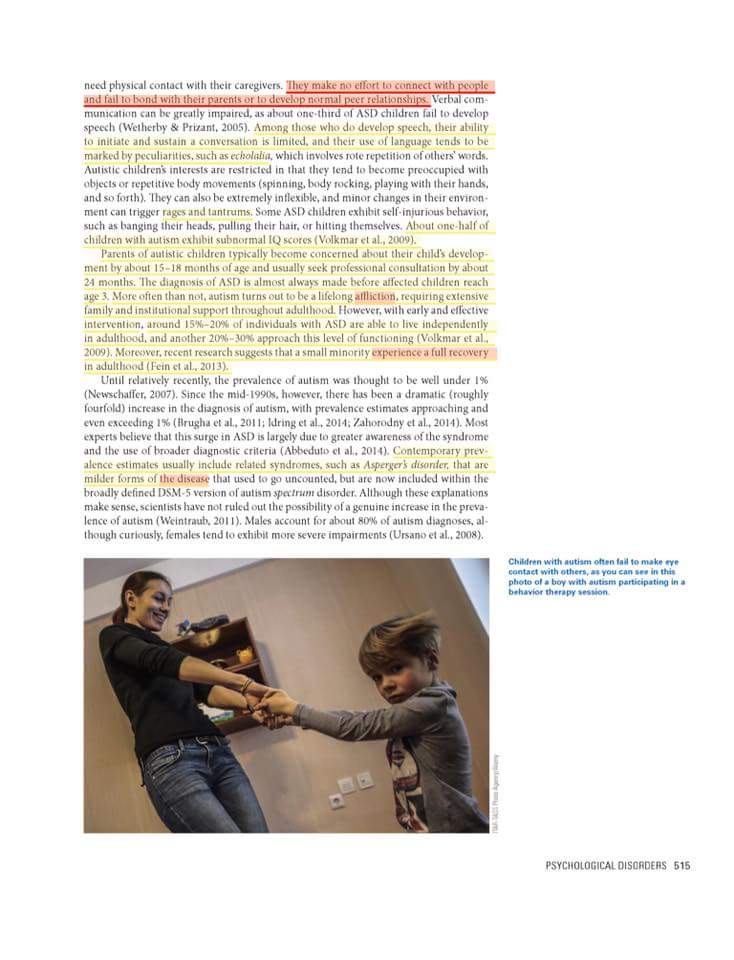 The person posting the images was an autistic undergraduate studying in the USA. The textbook is a current edition and being used on his course, right now. He was, understandably, extremely concerned about the information he had been given and was seeking advice on what to do about it.

The people reading this textbook may become psychologists, lawyers, teachers, doctors – people who write the next textbooks. They may come to specialise in a field that requires a deeper understanding of autism – but many will not. All will go out into the world where they will meet autistic individuals both personally and professionally. And this is the understanding of autism that they will have been given.

I would like to make it very clear that this is not a personal attack on the author, which is why I have not mentioned the name. If this is the information being distributed in universities, the highest pinnacle of human knowledge and wisdom, then we cannot really blame individuals when these misconceptions are perpetuated. The person who wrote the summary is not to blame. But we do have a responsibility to raise awareness so that such passages are rewritten.

However, even if we add the caveat that these sections deal with an extreme end of the spectrum, there is still much that is, at best, sweeping generalisations, and, at worst, inaccurate and potentially damaging.

Autism is diagnosed exclusively in childhood? (this adult currently on referral for diagnosis would disagree). Some children fully recover in adulthood? Autism is a disease and those who suffer from it fail to make human relationships and view others as objects like chairs?

This is the stuff of nightmares.

Information like this can lead to misconceptions that are extremely damaging –

Autistic people do not see others as people. They do not feel empathy, do not understand or experience human emotion. They do not bond with others or want human contact or love.

This is not true for anyone on the spectrum.

It can lead to misinformed judgements – such as when this pundit blamed Trump’s apparent callous attitude in the wake of devastation caused by Hurricane Maria in Puerto Rico on “a kind of social autism.” The Newsweek article says the following:

Will, who has been a fierce critic of Trump, said on MSNBC’s Morning Joe Wednesday that there was something fundamentally wrong with the president that produces a galling lack of empathy.

“It’s not clear that he sees other people,” said Will, who also writes a regular column in The Washington Post. “There’s such a thing as a kind of social autism—that he just doesn’t connect with other people.

Maybe the commentator in question thinks the US Presedent views the people of Puerto Rico as chairs and pillows, and that is why Trump can flippantly joke about budgets in the aftermath of such death and destruction.

If my boy saw a hurricane, saw people on the news sobbing because they have lost everything – their homes, their loved ones – he would be inconsolable with fear and heartbreak. 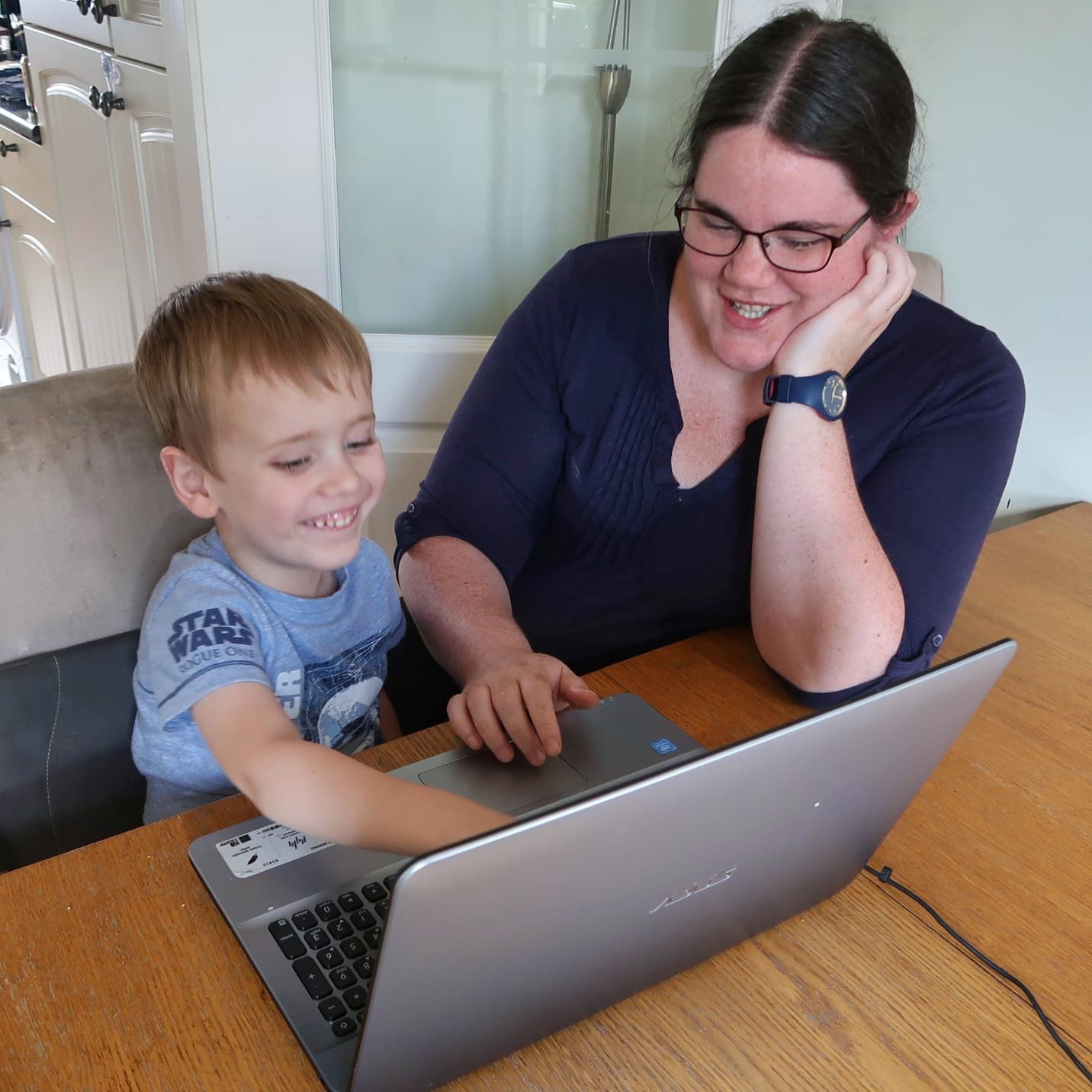 The distinction between not feeling and not connecting and feeling and connecting in a different way is a slightly tricky one to convey. But it must be conveyed in educational material like textbooks.

Because vulnerable people are being harmed by this misconception. All over the world, this misconception filters into the institutions and agencies that make society function. Government policy, the law, medical care – these things are being influenced by people who were taught using those textbooks. And their attitudes can have far-reaching implications, from a mother whose concerns are dismissed and support denied because her child hugs and makes eye-contact, to an autistic individual who is left jobless and desperate because they are so misunderstood.

I want to find out how far this problem goes.

If you are a student or a teacher, at any level, in any part of the world, who has access to a textbook that gives a fairly short summary of autism or autism spectrum disorder, I want to see it. It does not matter how short or how basic, you could be studying GCSE Science or degree level Psychology or further. We need to ascertain if misconceptions about autism, such as the ones in the textbook above, are prevalent in other educational material, and in other countries.

You can send me any photos or text to danielle@someonesmum.co.uk.

In the meantime, here are some excellent resources that give useful and balanced information about the autism spectrum. I will also be forwarding this article to the young man who raised the concern and the author of the book.

The National Autistic Society – What is Autism?

My own experiences are more focused on autism in the education sector so if anyone has examples of good resources and textbooks from other areas to add, please do email those and I will add them here too.

7 thoughts on “This is why I keep writing about autism”