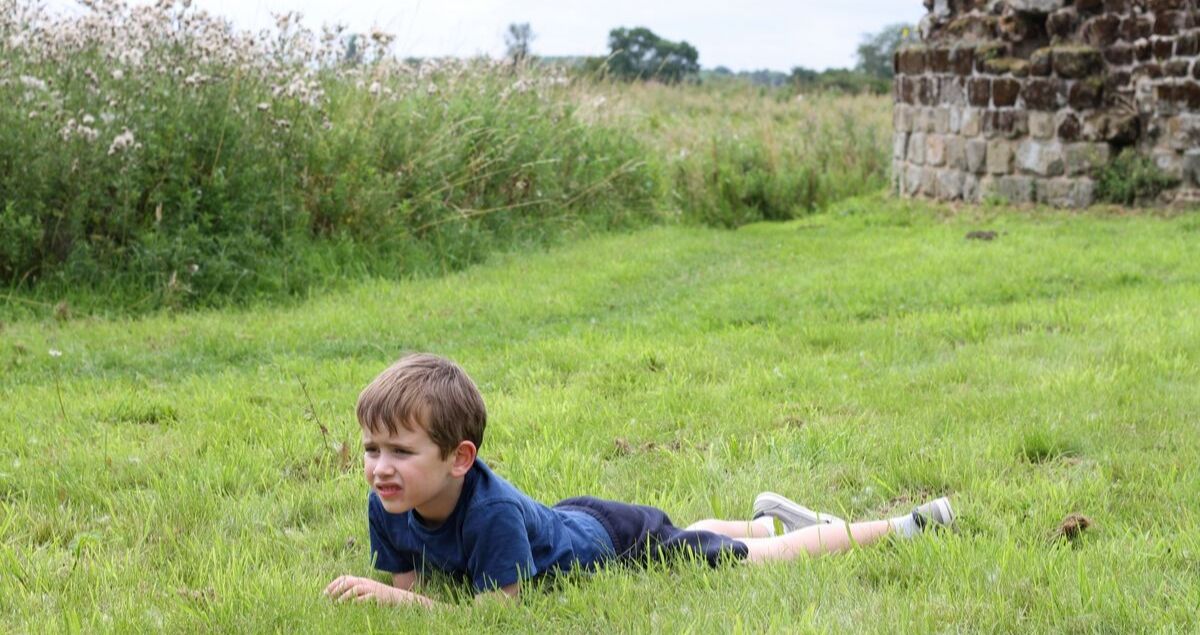 We are luckier than many, when it comes to sleep.

After a rocky start, like most babies, my boy started sleeping through the night at around 18 months. And so it has been since then, for the most part. Oh, there have been times of illness and stress, patches where he wakes frequently in the middle of the night – but generally, I cannot complain about the amount of sleep he allows us.

At 7.20 pm sharp, he exits the bath and is wrapped in a big fluffy towel. Once he is snug and dry, his father reads to him. Sometimes he likes stories – Roald Dahl and Harry Potter are his favourites – but he also likes factual books, books about castles and kings and queens and planets and moons.

At 7.30, I come in to say goodnight and I lie with him for a while, watching the electric blue stars from his space projector whirling about on the ceiling. He likes me to ask him Maths questions and talk about his day. When I leave him, at 7.40, he snuggles down with the ‘Bed Bear Guardians’, Teddy, who he had had since he was a baby, and Big Blue, who I crocheted for him this summer. They keep him safe, you see.

Sometimes, on the rare occasions that he does scream out in the middle of the night, it is because he has lost one of them. His father or I must retrieve a bear from the floor or the gap between the wall and the bed. He clutches them close. When we check on him, he is always asleep with his arms around one, or both, of them.

You see, this is not the whole story. When we leave our precious boy at 7.30, he rarely sleeps right away. In fact, most nights we hear him talking to himself for a few hours. He falls asleep some time between 9.30pm and 10.30pm and the monitor finally goes silent. Again, you might think, this is not the end of the world. It is not the worst night’s sleep many children will get, neurotypical and autistic alike.

For the most part, that is true. He gets a little less sleep than he requires. He wakes up on eight hours of sleep with slightly fewer spoons that he might have had on ten or eleven. In the afternoons, he is more prone to meltdowns, and stress, because he gets very tired. But all things told, we cope.

Which is why, at first, I was reluctant to give him Melatonin. The first few nights I backtracked, wavered on whether it was a good idea after all.

But again, there is more to the story.

My boy suffers from extreme anxiety. The sources and manifestations of his fears are varied. He is terrified of death. He mentions it on most days. Between the hours of 7.40 pm and 10.30 pm, he calls me to tell me he cannot stop thinking about it most nights.

He is terrified of mistakes, finds inconsistency and difference unbearable. He calls me to his room to move books by centimetres, to close cupboard doors that are open a fraction, to move toys that look like they are in the wrong spot  – but I cannot tell the difference. Sometimes, if I cannot get the object in exactly the right position, he becomes inconsolable.

He cannot cope with the idea that he has done anything “bad”. During the worst times, he will call me over and over again in the evenings. He tells me that he moved something he should have left, or he called his sister annoying, or he watched a video that had bad words, or he forgot to wash his face. He tells me that is he is worried that he cannot stop these things, that he must be bad. He lists the catalogue of every tiny thing he has done that day that could be considered wrong in any way. Even though we tell him, over and over, that they are just small things, that he is good, that he is brilliant, still, the thoughts come.

And the distress is so overwhelming, so agonising, that the two hours or so before he sleeps become worse than nightmares.

But the quiet, lonely space of his bedroom always triggers these thoughts. The time and silence make his mind agitated. Even though we do not miss sleep, his father and I, the worry brings a different kind of exhaustion – for him, and for us.

The tiny doses of Melatonin are in our medicine cabinet, prescribed by our Paediatrician. It should settle him earlier, should mean he sleeps longer.

It should mean he has less time awake, terrified that all of us must die – without exception.

Have I not wished a million times that I could take away those hours of worry?

We gave him the Melatonin. Already, I can see he is much sleepier when bedtime comes. It has been just a few weeks, but the time when the monitor falls silent is getting earlier and earlier.

Last night, when I left him, he did not call me back, not even once. He fell asleep before he had the chance.

And so my muddled thoughts about Melatonin are not muddled any more.

11 thoughts on “A Melatonin Muddle”