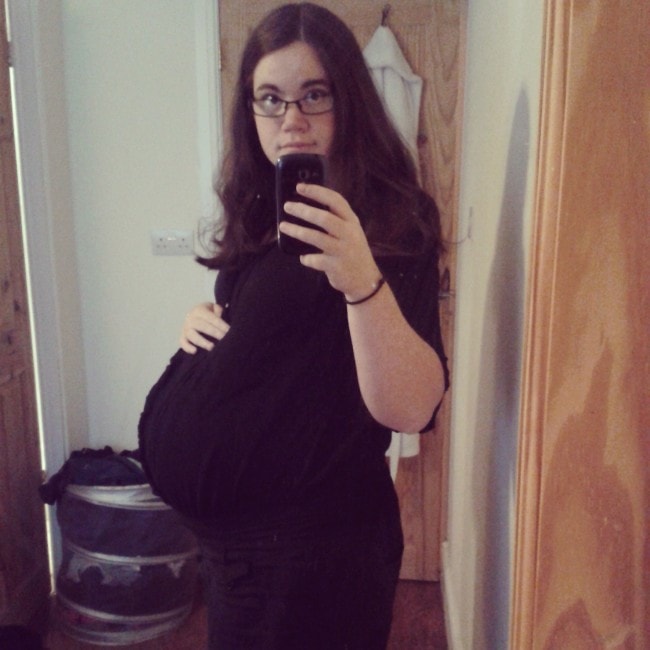 I was 20 weeks pregnant with my son, and feeling fairly happy about pregnancy. I’d had the usual spate of morning sickness between 6-14 weeks but was putting that behind me. My baby boy seemed happy and healthy and was measuring perfectly at my 20 week scan. I was feeling fortunate and amazed at the astonishing job my body was doing. Things were looking good.

Then my midwife mentioned booking me in for my GTT (glucose tolerance test) again. My BMI was 0.2 above the limit that my NHS trust set for testing. I was a bit miffed, to be fair. 0.2 seemed like a tiny amount – and my baby was measuring perfectly.

I felt like I was being tarred with the brush of being ‘unhealthy’ or ‘fat’. I felt like she was saying that I had done something to put my baby in danger and the test seemed like it was a punishment – a shameful display of all the fat women who should have lost weight before they got pregnant. I didn’t feel like I was overweight enough for it to be a necessity and I resented it.

I suppose I was on the defensive. I didn’t like what it might say about me if I did have gestational diabetes. In the end, I think the only reason I agreed to it was to prove everyone wrong. 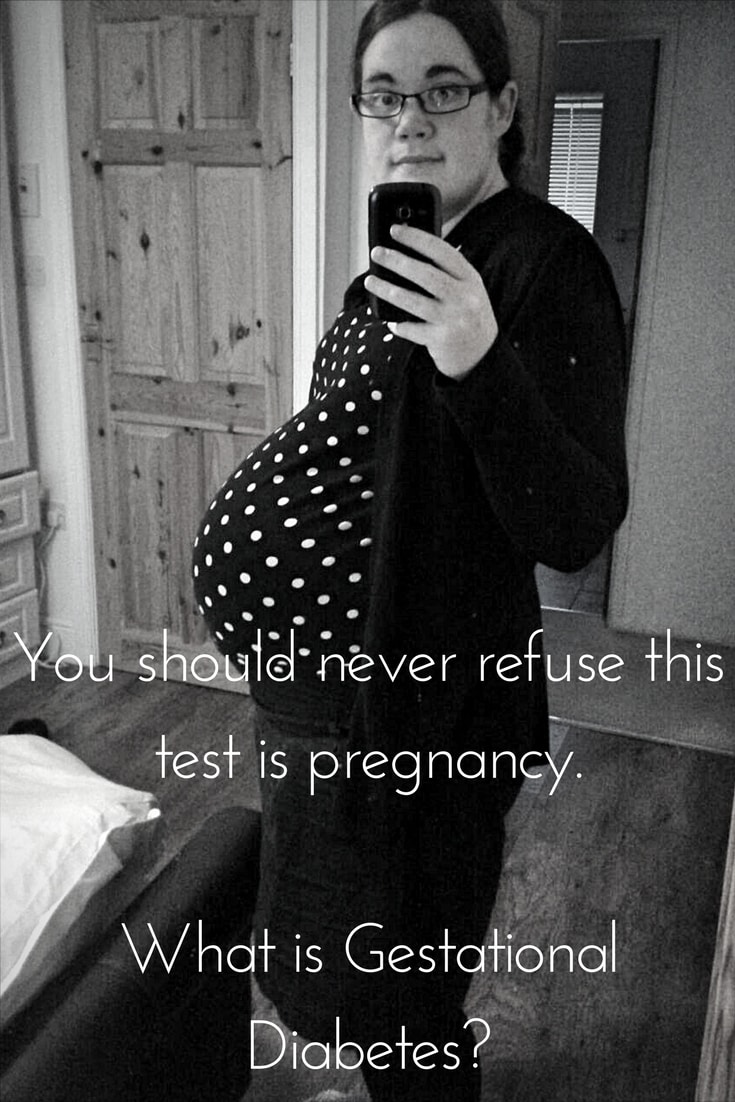 I fasted the night before, endured the blood tests and sugary drink and two-hour wait, supremely confident in the fact that I would not have it. But three hours after getting home from the test, my GP phoned.

I had gestational diabetes. My hospital’s limit for the two-hour after the drink blood test was 7.8 – my result was 7.9. It was a pretty devastating blow. The first thing I felt was anger; it seemed so ridiculous that I had it! 0.1 was a tiny variation and the test was bound to have a margin of error.

The result had upsetting consequences. It meant consultant care – no midwife-led units or birth pools. I would have to severely modify my diet to have no sugar and very few carbohydrates. It meant I might have to inject insulin. It meant I would likely be induced. There was no way to hide that from my friends and family. I’d have to tell. And they would think it was a shame but it was my own fault – I was overweight. For 0.1 off their limit. I cried quite a bit for the first few days. I felt humiliated.

But I needn’t have. Gestational diabetes occurs when pregnancy hormones interfere with the body’s ability to deal with excess blood sugar. Usually, everyone produces enough insulin to keep their blood sugar level relatively constant (except for type 1 diabetics). With GD, a woman still produces insulin, but hormones are thought to interfere with the body’s insulin receptors, resulting in abnormally high blood sugar levels

There are risk factors that increase the likelihood that you will have it: polycystic ovary syndrome; a first degree relative with type 2 diabetes; smoking; having had a baby classed as above the 90th centile in a previous pregnancy – and being overweight or obese.

Many of the women who develop GD have no risk factor at all, and many specialists advocate testing all women because of this.

When I attended clinics for GD, I noted that, to me, the vast majority of women did not look overweight or unhealthy. I spoke to a woman at my first session who was a size 8 and, like me, convinced it must be a mistake. But she did have it – and so did I.

Weight is a factor but is just that – one of many that could influence your body’s ability to manage sugar. I have gradually come to accept that I should not feel shame. Since my first pregnancy, both my father and maternal grandfather have developed type 2 diabetes.

In my second pregnancy I started testing at 11 weeks and my sugar levels were already high. My consultant told me that to have it so early in pregnancy, my weight had very little bearing. Being a stone or two lighter may have delayed it for a few weeks but there was no avoiding it; it was in my genes.

So here I am in my second pregnancy, finger pricking to test blood 5-10 times a day and injecting insulin 3 times daily. My little pink bump is cooking away nicely, measuring well for her dates, while her healthy and exuberant brother is excitedly telling me the colours of the blocks in the towers he is building at my feet. Life isn’t too bad. I can live with GD, even though the chances of avoiding type 2 at some point post-pregnancy are fairly slim. But many women are still going undiagnosed.

There is a great variation in the way the test is done from county to county – some simply drink Lucozade themselves and pop to the GP for a blood test. This method neglects to test fasting sugar which can also be a strong indication of GD. Some have the much more invasive fasting GTT, where you have several blood tests and a long wait without breakfast. Some trusts will test you with any risk factor but in some you are lucky to get it if you are in two or three. Some have one BMI limit for women testing, others a different figure. Some say you have diabetes if your result is over 7.8, others 8 or 9.

I am in favour of making the test more uniform and strict for all – and I believe that testing all women would be a sensible move. Although GD is perfectly manageable if detected, it can cause some dangerous complications if not monitored. As well as difficult births due to larger babies, mothers who go past term with GD are at much higher risk. I am so grateful that that tiny 0.1 over meant I was able to mimimise these risks for both my children.

A test for all pregnant women would mean that the many cases of GD that go undetected would be picked up and those mothers and babies would receive the care and monitoring they need and deserve; it would also mean the inaccurate stigma of having a GTT or GD would gradually fade, meaning women like me would not have to face such a painful and humiliating journey in order to come to terms with having a condition that is, in all likelihood, out of their control.