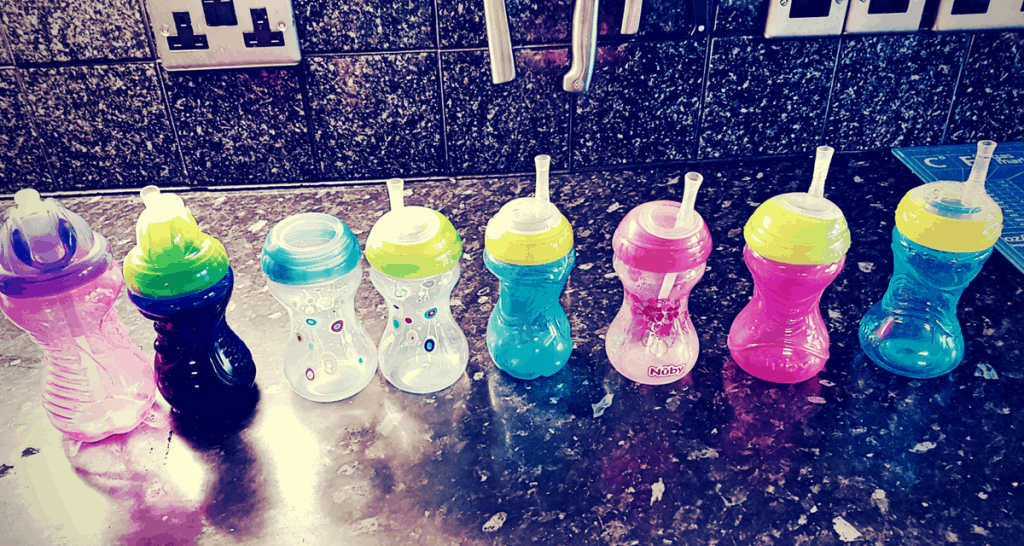 My four-year-old son is screaming.  The noise is relentless, high-pitched – almost painful. It reverberates in my chest and sets every nerve on edge. He has been screaming for half an hour. He can barely keep it up but there is no way for him to stop. It is visceral.

Around the restaurant, people turn to look. My chest is constricted and my heart races. My boy is in agony and I would do anything, ANYTHING to take it from him. But I am aware of all the other people. Their stares are crawling across my skin. Even above the shrieking, I can hear murmurs of disdain.

My son is screaming because we have forgotten his cup.

The only cup he will drink from.

I am trying to comfort him alone. My husband left twenty minutes ago, to search the car, to scour nearby shops, to find somewhere that sells them. But he returns, cup-less.

After forty-five minutes of unbridled torment, my boy subsides. In the car on the way home he falls asleep, exhausted. His father and I remain in the car, silent, minutes after we get home. We too are spent and this moment of peace is needed after we have all suffered so.

A plea from a father to find a discontinued cup for his autistic son recently went viral on social media. You have probably seen it- even retweeted or shared.

Ben’s father was inundated by people offering to send him their cups. We live in a digital age which enabled his story to be shared across the globe. People everywhere searched cupboards, rifled through charity shops, turned the planet upside down to find that cup, to find hundreds of those cups. They ensured that Ben will have a supply to last a lifetime and Ben’s father will never have to worry for his son’s life again, never have another A&E visit due to dehydration. It is a beautiful thing. I am happy that Ben will get another cup, that humanity united to make his life better.

But I am also deeply worried.

Facebook makes it easy to show we care. Easy to share a post. Easy to change your profile pic in support. Easy to be the ‘10% who don’t scroll past’, who do cut and paste into their status. Easy to broadcast that you are suicide aware, that you support research into motor neurone disease, that you understand autism.

But this can be dangerous. When more than half the population use Facebook as their main news source, when most people think that they are doing their bit by changing their profile to the French flag, or sharing a post, there is the risk that we all become complacent. Ben’s story is beautiful. But it has not made people more aware of autism. Not truly.

And the danger of viral stories doesn’t end there.

A video this week showed a teacher seemingly snatching a microphone from an autistic child during a school play. Several articles appeared on my newsfeed, inviting people to share their outrage. When I read the comments, I was horrified.

She needs to lose her job.

COLD-HEARTED WITCH SHOULD BE SACKED ON THE SPOT.

I am the mother of an autistic son. If his teacher behaved that way I would be angry. I would demand to speak to the head-teacher, ask for a meeting with the school. I would find out why my son was treated that way and ensure it never happened again.

But she deserves to lose her job? She’s a bitch? This is society standing up against prejudice and injustice, against intolerance?

We have no idea what might have been going on in that moment. The teacher might not have realised. She may have had a reason. She may have been having a bad day. If it was as it appears, she needs autism training and a disciplinary process. But saying she’s a bitch who needs to lose her job, the job she may need to support her own family? It is utterly ridiculous – and it harms us all.

And that’s the problem with modern media. It propagates drama, exploits our preconceptions and self-image for clicks. Easy outrage sells. It also makes it easy to care and share, to cut and paste and feel like that’s it, job done. It makes it easy to feel like we are better people for posting something that we may not have even read.

It is effortless to be autism aware on the internet- translating that into life is much, much harder.

If you care about Ben, if you felt a stab of pain when that little boy’s face crumpled with despair as the microphone was taken from him, I beg of you, don’t just share and forget.

The ability to distribute information across the globe in seconds, the fact that the whole of humanity can unite to find a cup for one boy – it will become meaningless. We will be faced with the irony of a society that has all knowledge at its fingertips becoming more ignorant, less aware.

Read more. Dig deeper. Do something. Be kind to the people in front of you. Otherwise, you’re not really aware at all.

To read more about our autism journey, you may like to read ‘I won’t see my son in the nativity’.

11 thoughts on “Microphones, cups and viral autism: when awareness makes us less aware”