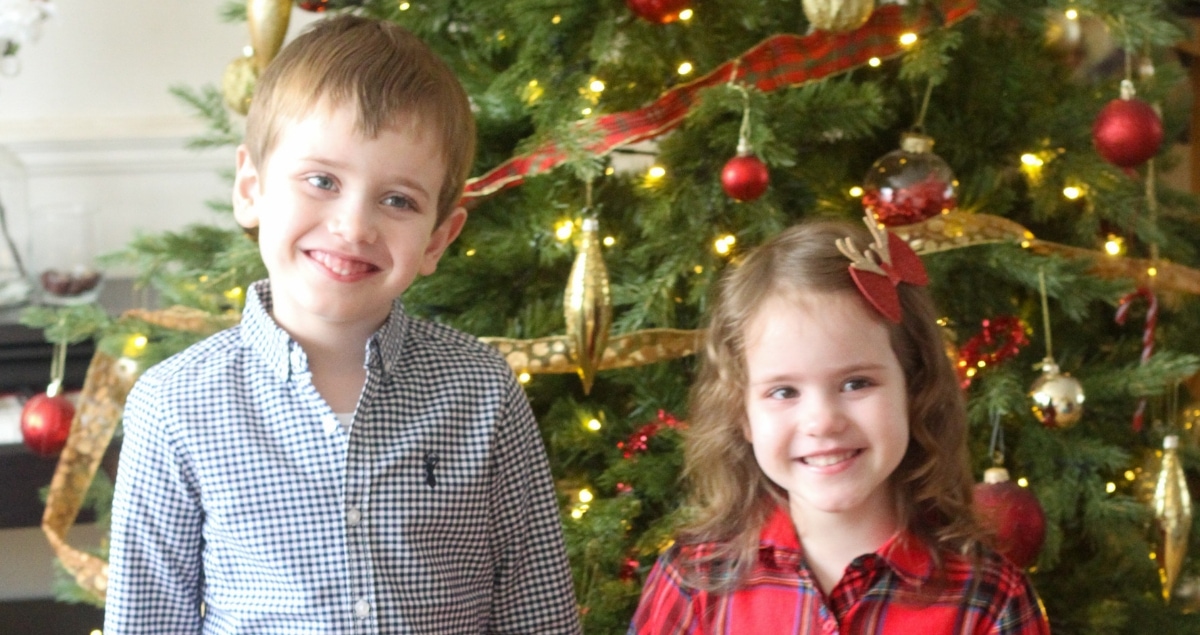 A boy and a girl stand in front of a Christmas tree, holding hands, smiles beaming. They are dressed smartly, in tartan and check. The boy is in blue and the girl in red. Behind them, the lights of the tree twinkle and glow. Red and gold baubles glint against the green. A perfect scene.

“No problem. I just need to take him out.”

They leave the candlelight and the raised voices and the shrill organ and go out into the damp, dark, quiet streets. On their walk to get hot chocolate, the boy tells his mother that he is scared of Christmas morning. He is scared he might be on the naughty list.

It does not show dinner, and the boy screaming and sobbing because he does not understand why crackers should be fun, when the presents are not. He does not understand why everyone wants to pull them. It does not matter that they plead with him, that they promise no one else is sad, that they promise he can pull all the crackers until he finds a prize he likes – he cannot be calmed. And so his mother takes him to his room and lies with him on the bed until his cries fade away.

It does not show mother and son, curled on his bed in the darkness, playing silly word games and telling stories until he is calm. The next day, they find him a cracker with a slinky spring inside and he is fascinated, holding it up to his eyes.

A boy and his sister tending to a unicorn’s poorly hoof, lost in their own world. A set of magic tricks that made the boy jump and flap with delight. The smell of baking cookies and the delighted smiles as the boy and girl eat them, still warm from the oven.

Christmas was so, so hard, and so, so cherished and so, so exhausting.

But the picture does not show it.

I wrote a follow-up to this post – The Balancing Act

If you enjoyed this post, you may also enjoy:

The Things You Did Not See

When the School Letter Comes

11 thoughts on “The Picture Does Not Show it”