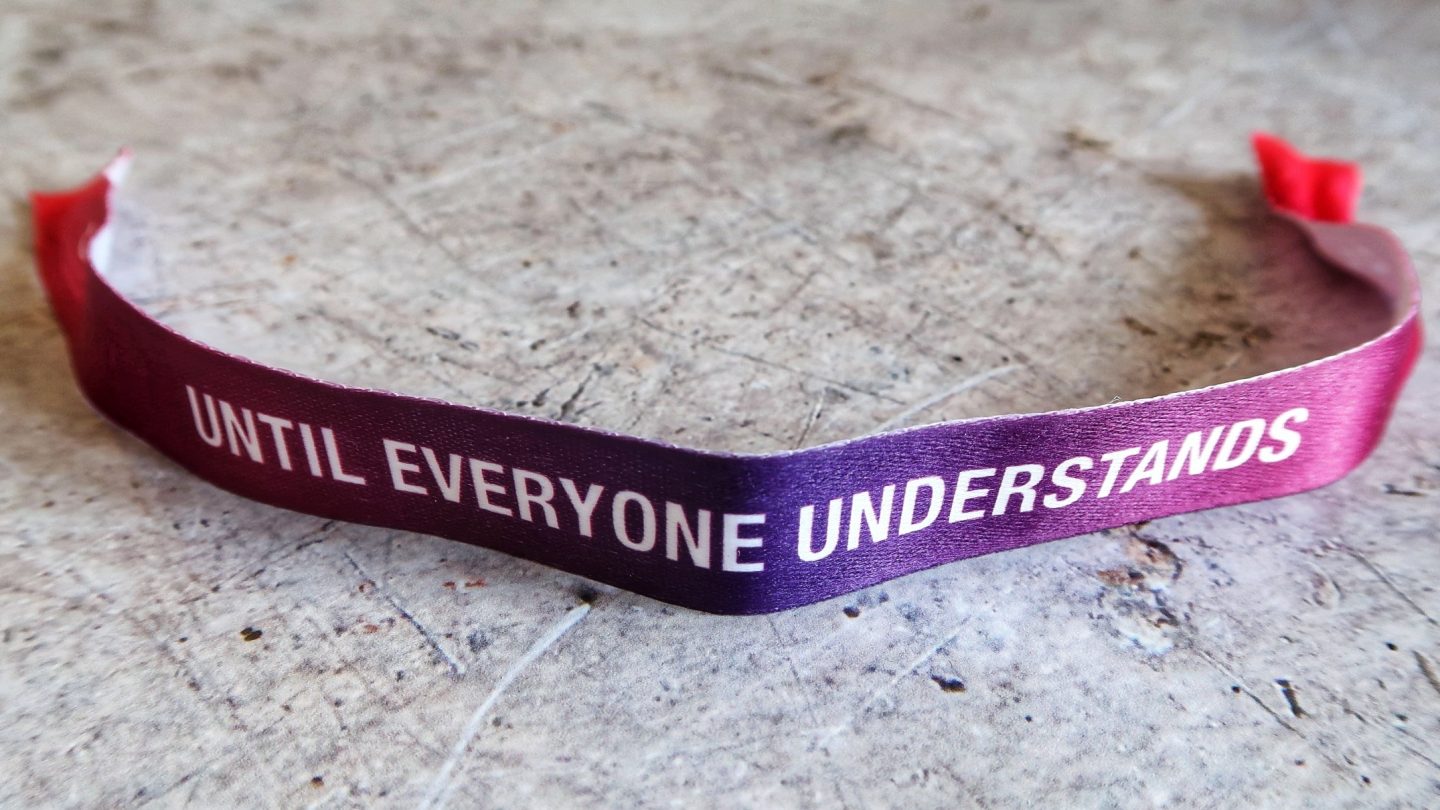 The internet makes it straightforward for us to believe certain things. It is easy to confirm our biases, to surround ourselves with people and information that correspond with our own views. It has never been so easy to judge others – from behind a keyboard we see a little snippet of the story, a mere flash of someone else’s life, and we decide that we would never behave that way. We would never have that view. And so divides become wider – everyone exists in their own bubble, surrounded by what they want to hear.

Of course, the internet is capable of achieving wonderful things too. If I imagine how my son’s diagnosis could have progressed without the information and support I have recieved online, I see a very different picture to the one that exists. I think it unlikely that we would have support or a diagnosis at all, in fact.

And there is no doubt that the internet has spread awareness in a way that just would not be possible without the ability to send huge amounts of information, quickly and easily, to billions of people all over the world. The internet is a wonderful and terrible thing. On balance though, I believe that it is a force for good.

But we all have a responsiblity to ensure that it stays that way, to spread awareness, and information, and support – not hate and division.

Autism awareness and acceptance is extremely high in my little internet bubble. Obviously, I follow many other bloggers who write about the same issues. My own friends and followers read my blogs. For those with little direct experience of autism, if they are on my friends list, then they are likely to be people who share my values. They are people who would listen to me, before they made any judgements about me or my son.

“How bad is his autsim?”

“What kind of bad behaviour should I expect?”

These words were said in front of my son. The person speaking was talking about him as if he were not there, as if he could not hear or understand. The words were said by an individual who was about to spend the day with my son in a professional capacity, someone I was expected to leave him with for the whole day.

The questions were asked before the person had been given any information about my son save this – he is autistic and they would be supporting him for the day. I was not meant to hear them.

How bad. Bad behaviour. My stomach flipped. Bile rose in my throat. I looked over at my son, who did not look like he was listening – but I know he always is.

Luckily, the other professionals in this situation were excellent. I spoke to someone instantly and the situation was dealt with right away. Things were rearranged so that my son would spend the day with familar faces who I know admire and appreciate him.

Sometimes dealing with an autistic individual is hard for the person caring for them. Of course it is. My son has episodes where he lashes out. He has hurt people. He has screamed and wailed and run away and kicked and thrashed. He has sobbed and sobbed for hours and there has been nothing I could do but hold him.

I acknowledge that there are many who face greater challenges than my son, that there are some for whom those flashes of joy are harder to tease out, many who feel frustrated more than they feel excitement and wonder.

But one thing is for sure, if I was surrounded by people who assumed that spending time with me will make them feel miserable, I would probably feel pretty angry and frustrated too.

That is why I keep writing – until everyone understands.

One thought on “How bad is he? – Dealing with Assumptions about Autism”