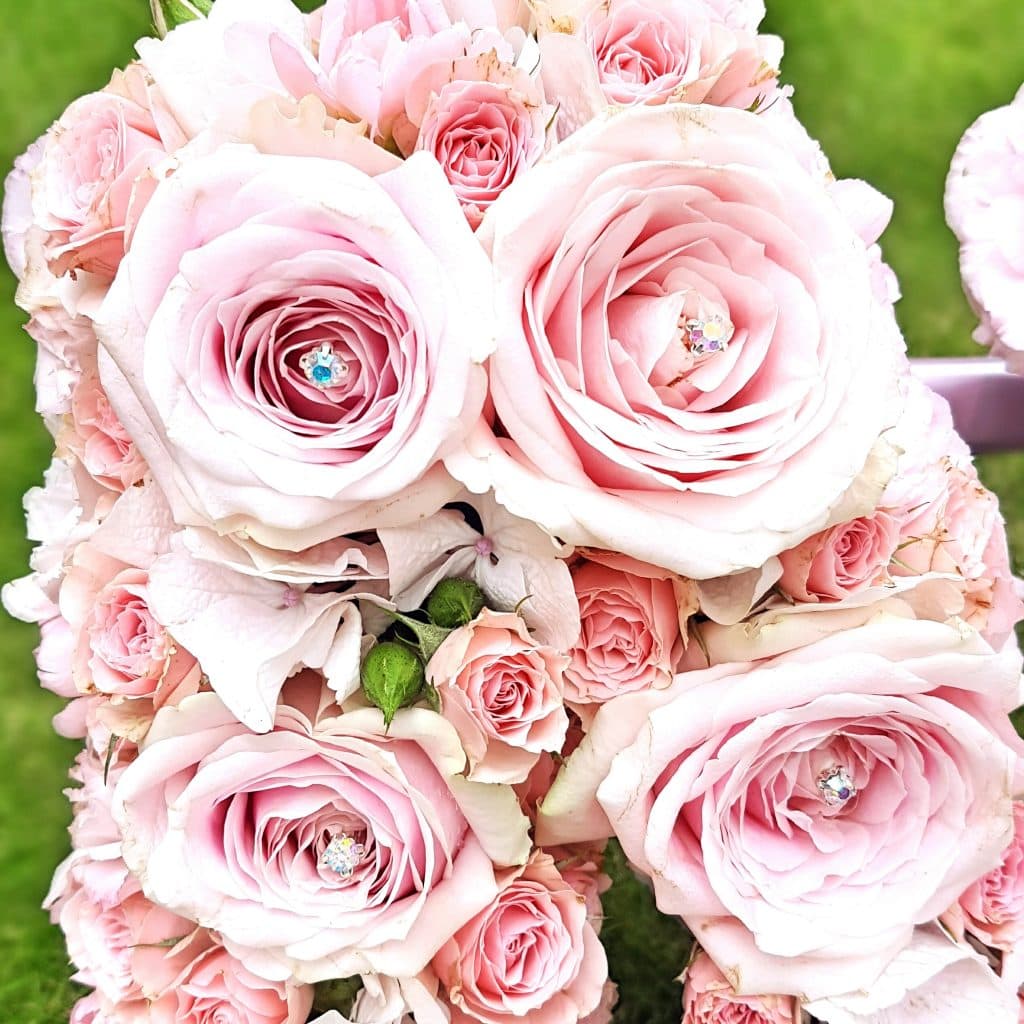 Personal Tribute to my Grandmother, spoken at her funeral on Tuesday 12th July 2016.

When I was eighteen, and studying for A-levels, my good friends Gemma and Louise came round while mum, dad and George were away. We had spent the evening having fun, eating food, listening to music, no doubt drinking Bacardi Breezers and attempting to make vodka jelly – which was then thrown away when it wouldn’t set properly and tasted disgusting.

When we woke up the next morning, there, amongst the discarded bottles and wrappers from the previous evening’s fun, was a tube of cobalt blue oil paint and a bottle of white spirit.
We laughed a great deal about the humour of the placement of the white spirit – how it looked as though we were about to move on to it next; we wondered if Nan had left it next to the empty vodka bottle deliberately.

But it illustrates her character perfectly. She had not disturbed my friends and me during our evening’s entertainment. When she came over early in the morning to let the dogs out, so I wouldn’t have to get up, she had not woken us. She had simply left two items that she knew I needed – for my swiftly approaching A-Level Art exam, and had left, without comment or even making her presence known.

It was an act of kindness characterised by Nan’s selflessness. A small one, perhaps – but it is one of a million such acts, big and small, that she bestowed on me from the moment I was born to the last moment I spent with her – still worried about how I would get home, still checking the money she sends my children every month would continue, when she was gone.

From the education that allows me to speak confidently in front of you today, to the roof over my family’s head, to the car I drive – even the fact that they allow me on the roads at all – she had a part in all.

At this time last year, when we first began to realise that our Edward was slightly different, when we were bleak and despairing at the thought that waiting lists were so long, that it might be years before we found out how serious it might be, how badly autism may impact his life – it was Nan who called, Nan who said that she and granddad would do all in their power to make sure we found out, and helped him, as soon as we could. At a time when I was lost and terrified, Nan called, and suddenly I was a little less lost, a little less terrified.

I wish I had told her I loved her every time I said goodbye.

I wish I had Skyped her more often.

I wish I had taken advantage of her kindness less. I wish I could take back every time I was rude or sharp with her because I knew I could be, because I knew she would forgive me instantly.

I wish I had sent her more of the overly sentimental greetings cards she loved, with long, rhyming heartfelt verses inside them.

Most of all, I wish that my children could have grown to know her, to know the comfort and security of her love, protecting them, like it has protected me. I only hope that I might emulate some of that character, so that I can wrap my children in that blanket of love and care that I felt, every day.

It is often remarked that when the women in my family get together, they can be quite the formidable team. They are loud. They talk over one another and repeat themselves. If you are an unsuspecting spouse or significant other, you may be bombarded with questions or offers of food and drink. You are barely able to get your answers out before the subject changes; another question is thrown your way. It can be quite intimidating, if you are not used to it. It is perhaps though, a good test of character for wheedling out the keepers.

At these gatherings Nan was never the most vocal, never the loudest. To the casual observer, it may not seem like she was the core of this daunting matriarchy.

But she was its heart and soul.

Like the roots of a tree, she supported so many branches, silently, solidly. She gave us life, made us vibrant, yet never sought the sunshine for herself. It is her presence, her support that makes the rest of us loud, confident, and comfortable in our skins.

Since she has gone I feel a little exposed- like a layer of warmth and compassion that protected me from the worst of the world’s ills has suddenly vanished – a sense of security I did not even know was there until it left.

I remember that bottle of white spirit, placed without fuss or fanfare or the need for reciprocation. Simply whatever I needed, whenever I needed it.

Her love, her kindness, her quiet humour and subtle but unbreakable strength – they are a loss that cannot be measured in words. I only hope she knew how full of gratitude I am, and that I will miss her, every day.